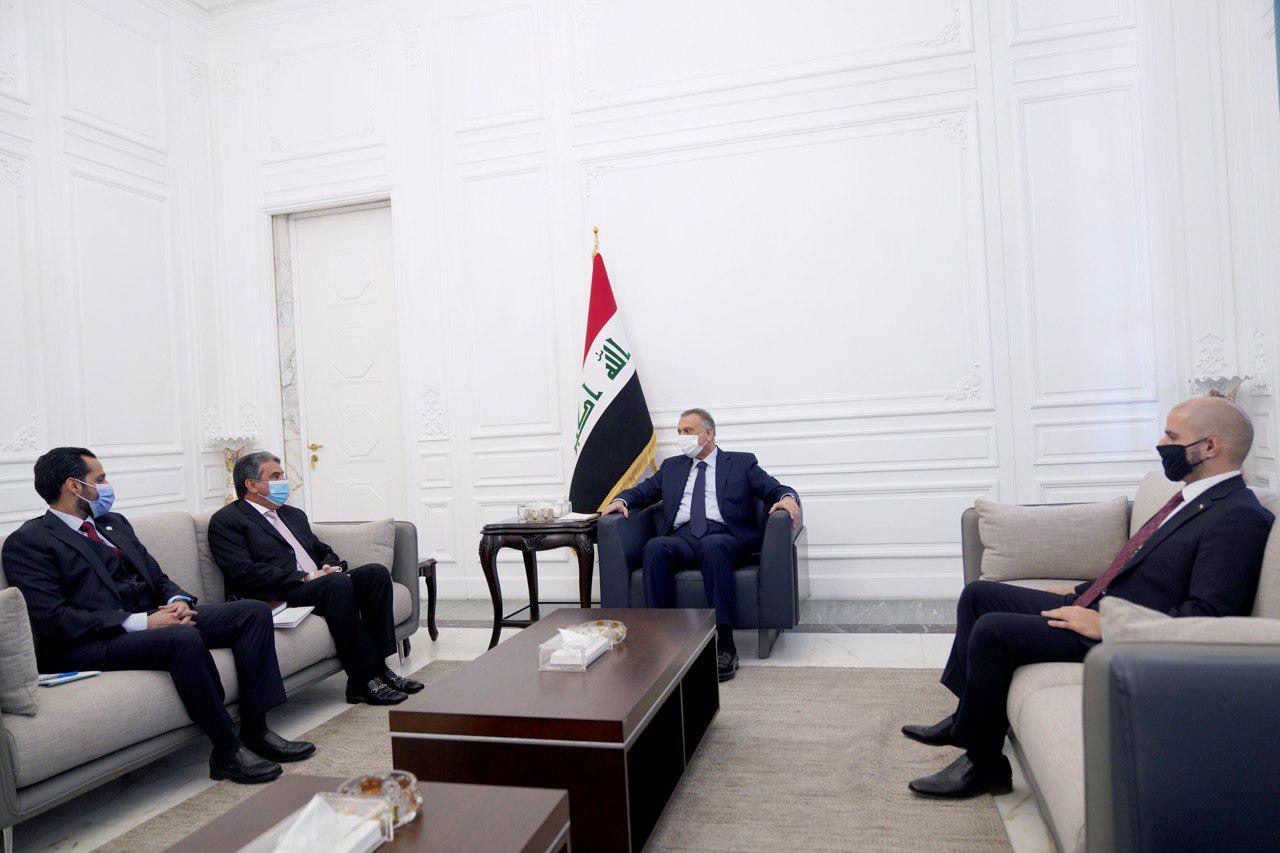 The PM media office said in a statement that the Prime Minister received today Kuwait's Ambassador to Iraq Salem Ghassab Al-Zamanan and discussed with him several files including cooperation between the two neighboring countries, strengthening bilateral relations and joint economic relations, and following up the recommendations of the international conference on reconstruction Iraq held in Kuwait.

Al-Kadhimi confirmed to the Kuwaiti ambassador that Iraq is keen to strengthen the ties with Kuwait in all sectors in a way that secures the stability of the region and the well-being of its people.

According to the statement, the PM sent an invitation to the Kuwaiti Prime Minister Sheikh Sabah Al-Khaled Al-Sabah to visit Iraq.

In February 2018, Kuwait hosted an international conference on reconstruction in parts of Iraq devastated by the war against ISIS.

Donors and investors gathered in Kuwait to mull ways to rebuild Iraq’s economy and infrastructure as it emerges from a ruinous conflict with ISIS militants who seized almost a third of the country before being beaten back.

Then, Iraq received pledges of $30 billion, mostly in credit facilities and investment, from allies but this fell short of the $88 billion Baghdad says it needs to recover from three years of war.

Iraqi officials and experts confirmed that the great majority of countries did not fulfill their obligations and commitments.