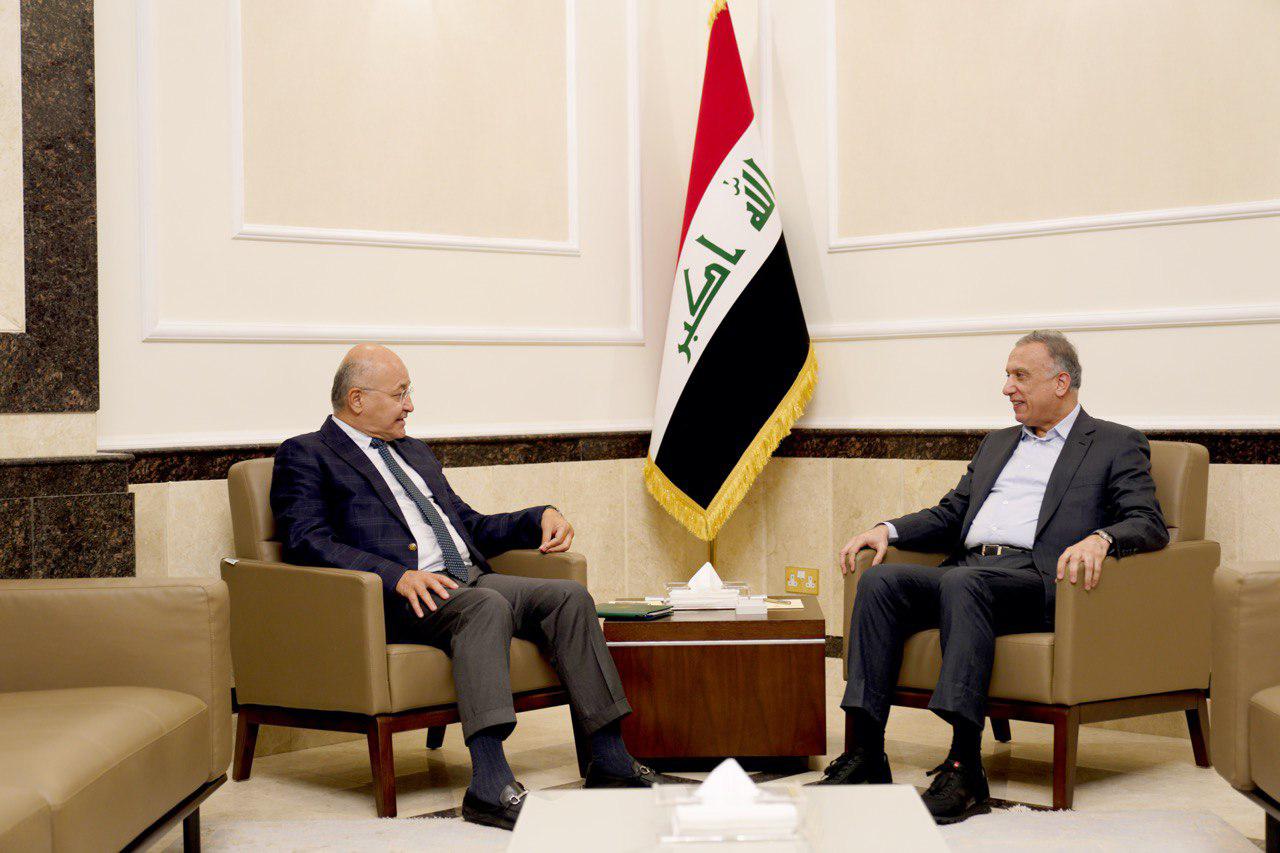 Shafaq News/ The Iraqi Prime Minister, Mustafa Al-Kadhimi, discussed today, Monday, with the President of the Republic, Barham Salih, efforts to approve the state budget for the current year.

Al-Kadhimi's media office said, in a statement received by Shafaq News Agency, that the latter received, this evening, the President of the Republic, Barham Salih.

In the meeting, they reviewed the latest political developments and general conditions in the country and the efforts made to ratify the 2021 General Budget.

The statement added that the meeting pertained to the preparations for the election process and the regulations for its success, highlighting the importance of complementarity between the legislative and executive authorities in meeting challenges and providing opportunities for the measures the government's reform program is bolstering.

Iraq’ Al-Kadhimi to protect the economy from the collapse

Al-Kadhimi: dialogue is the only way to build the state