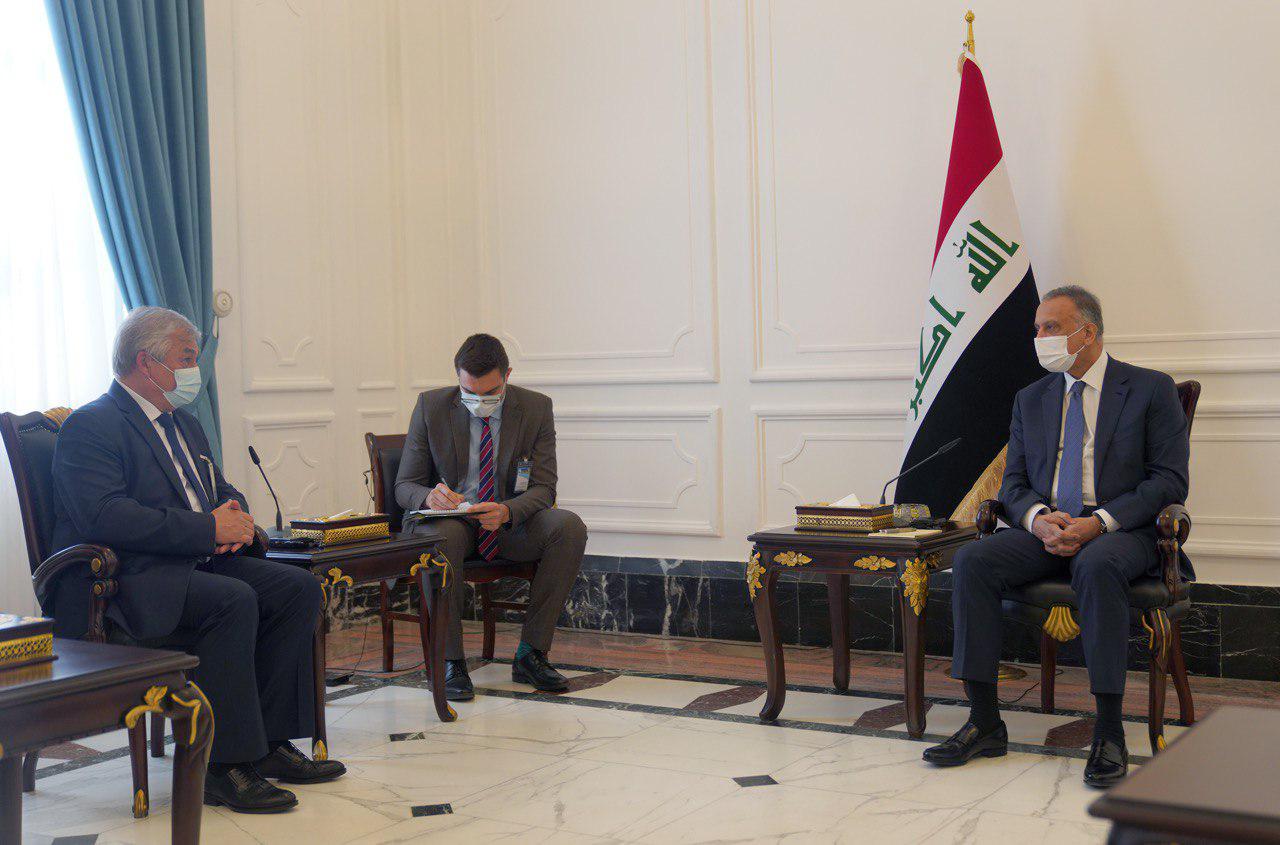 Shafaq News / The Iraqi Prime Minister, Mustafa Al-Kadhimi, discussed with the special envoy of the Russian President, Vladimir Putin, several files between Baghdad and Moscow, indicating that Russia and Iraq relations are not at the level of ambition.

Al-Kadhimi's office said in a statement received by Shafaq News agency, "the latter received the special envoy of the President of the Russian Federation, Alexander Lavrentiev, accompanied by the Director of the National Defense Management Center, Lieutenant-General Mikhail Mezentsev. Lavrentiev conveyed the greetings of Russian President, Vladimir Putin, to Al-Kadhimi and the Russian leadership's aspirations to enhance the relations between the two countries".