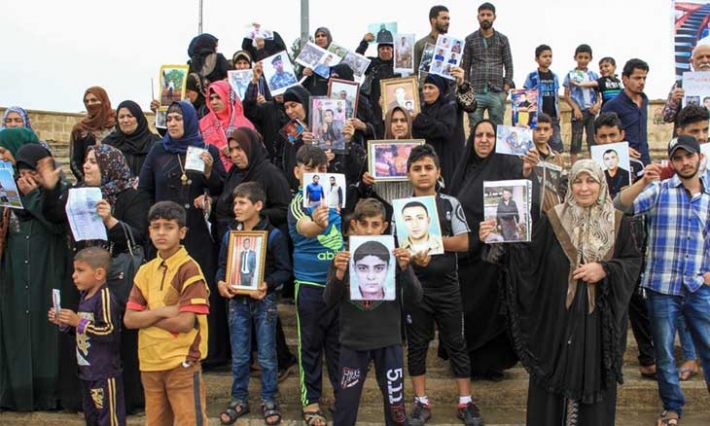 Shafaq News / MP of Al-Anbar accused on Thursday the government of Prime Minister Mustafa Al-Kadhimi of its inability to reveal the fate of the "disappeared" of the people of the governorate, referring to Al-Kadhimi, for “failing to implement his promises that he made to the families of the victims.”

MP Yahya Al-Muhammadi told Shafaq News agency, "The file of the disappeared and kidnapped in the governorate has not yet seen the light, because of Mustafa Al-Kadhimi's government, which has proven its inability to move towards the humanitarian file, as it failed to know the fate of thousands of missing people from Al-Anbar, despite the promises it made to their families.”He added, "The current government is unable to implement many of the promises it made or made previously, whether on the level of imposing security and restoring the prestige of the state, or the file of compensation for those affected by military and terrorist operations.”

Al-Muhammadi added, "We, as representatives of the liberated governorates, call once again on the prime minister, as the commander-in-chief of the armed forces, to work to know the fate of our sons and uncover the parties behind their disappearance."

Concerning the mass graves that were recently uncovered in several areas of Al-Anbar, Al-Muhammadi explained, "the identity of those killed in these graves cannot be determined without a DNA test that falls under the responsibility of the Martyrs Foundation, and because of the health conditions, the financial crisis, and the lack of technical staff at the institution, it cannot cover all the mass graves that have been discovered in Iraq.”

Al-Muhammadi stated that he worked on an agreement with the International Commission on Missing Persons to help the Martyrs Foundation, by supporting it with financial allocations to form specialized teams to reveal the identity of those in these graves”, noting that the government also failed to resolve this file.