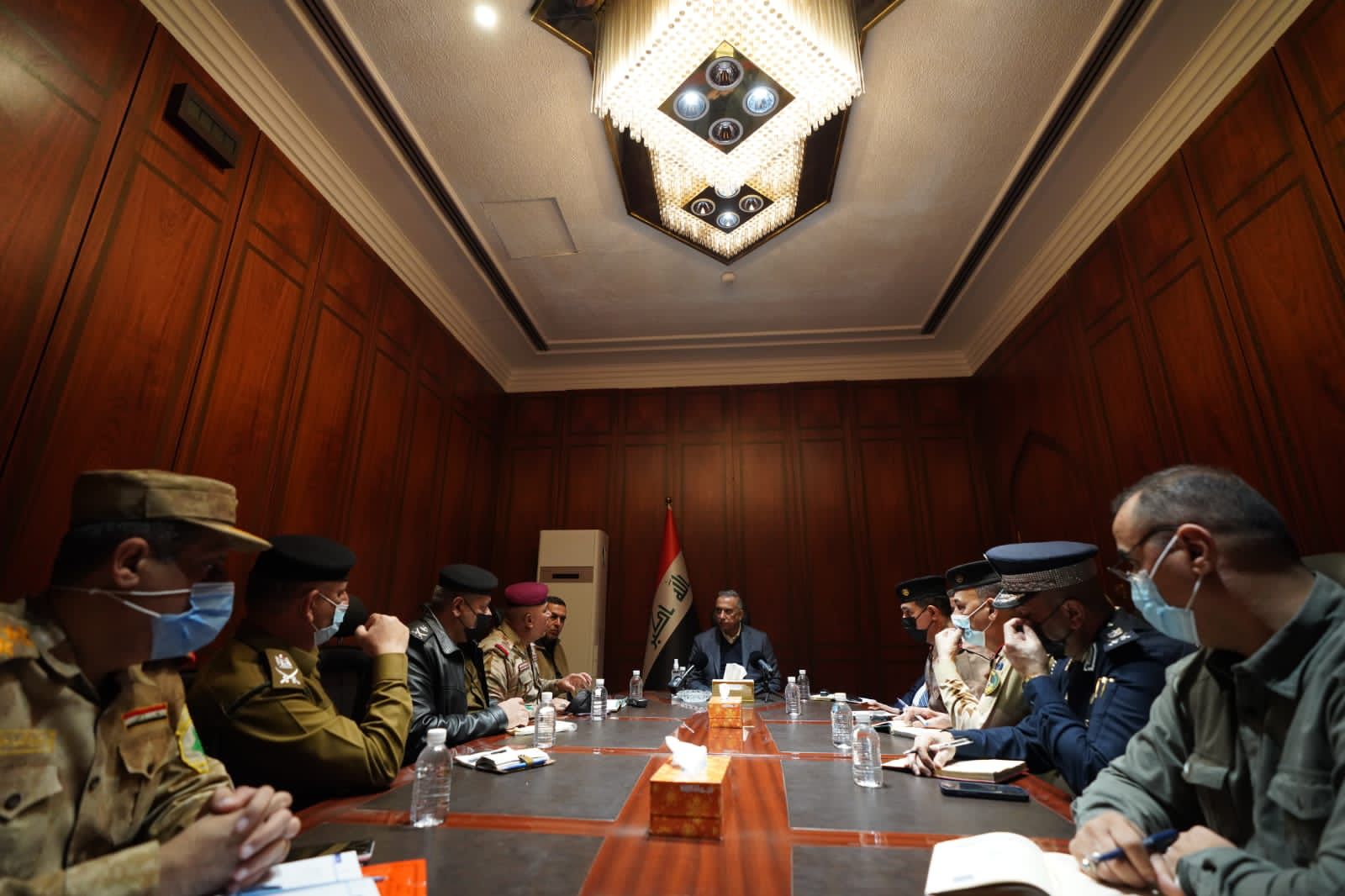 Shafaq News/ The Commander-in-Chief of the Iraqi Armed Forces, Prime Minister Mustafa al-Kadhimi, on Thursday held an expanded meeting with the commanders of the security and military units operating in the southern governorate of Basra.

According to a readout issued by his office, al-Kadhimi was briefed on the security and intelligence work in the governorate and the plans laid to secure the cities, villages, and the roads linking the governorate with nearby governorates.

Al-Kadhimi instructed bolstering efforts to combat organized crime and maintain utmost alert to whatever breaches might tamper with the governorate's security.

Earlier today, caretaker Prime Minister Mustafa al-Kadhimi arrived in the oil-rich, yet under-served, governorate of Basra in the far south of Iraq.