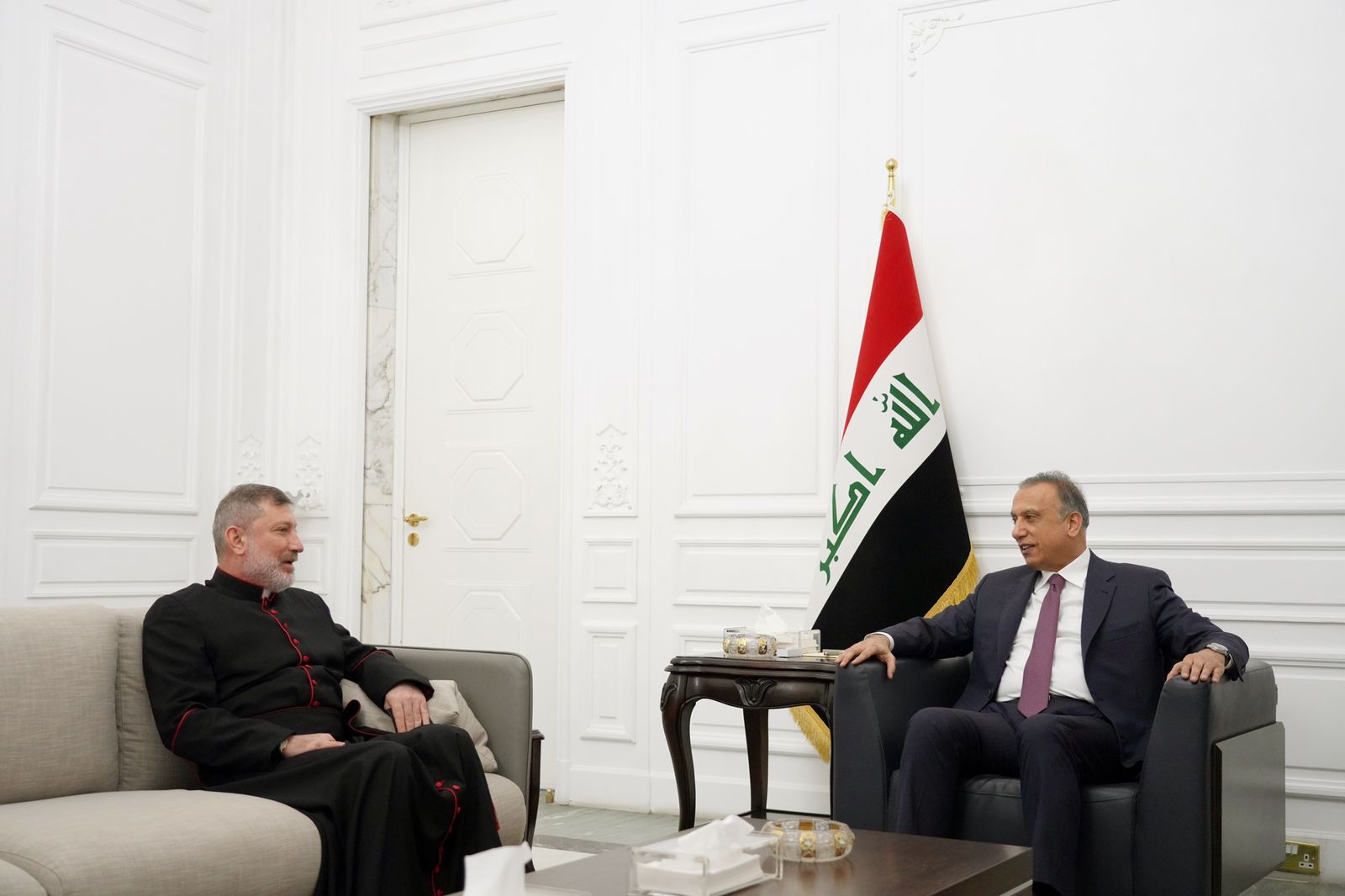 Shafaq News/ The Iraqi Prime Minister, Mustafa al-Kadhimi, on Thursday said that his government is adamant about protecting the ethnic diversity in Iraq, deeming the Christians a crucial component of the country's fabric.

Al-Kadhimi's remarks came during a meeting with the pastor of the Anglican Episcopal Church in Iraq, Father Fayez Bashir Gerges, and his accompanying delegation.

The Prime Minister reiterated "the government's consistent approach to endorsing and protecting Iraqi diversity, and ensuring freedom of worship and the practice of religious rituals for all sects and fraternal religions within the Iraqi home."

"Iraqi Christians, from sects, are a fundamental component and have an important place in the history of Iraq. The majority of the Iraqi people deem Christianity a qualitative richness that adds to the cohesion of the people many motives for love and communication."

For his part, the Christian cleric expressed gratitude for the protection the government agencies provide to all Iraqis and its efforts to maintain coexistence, stability, and peace.