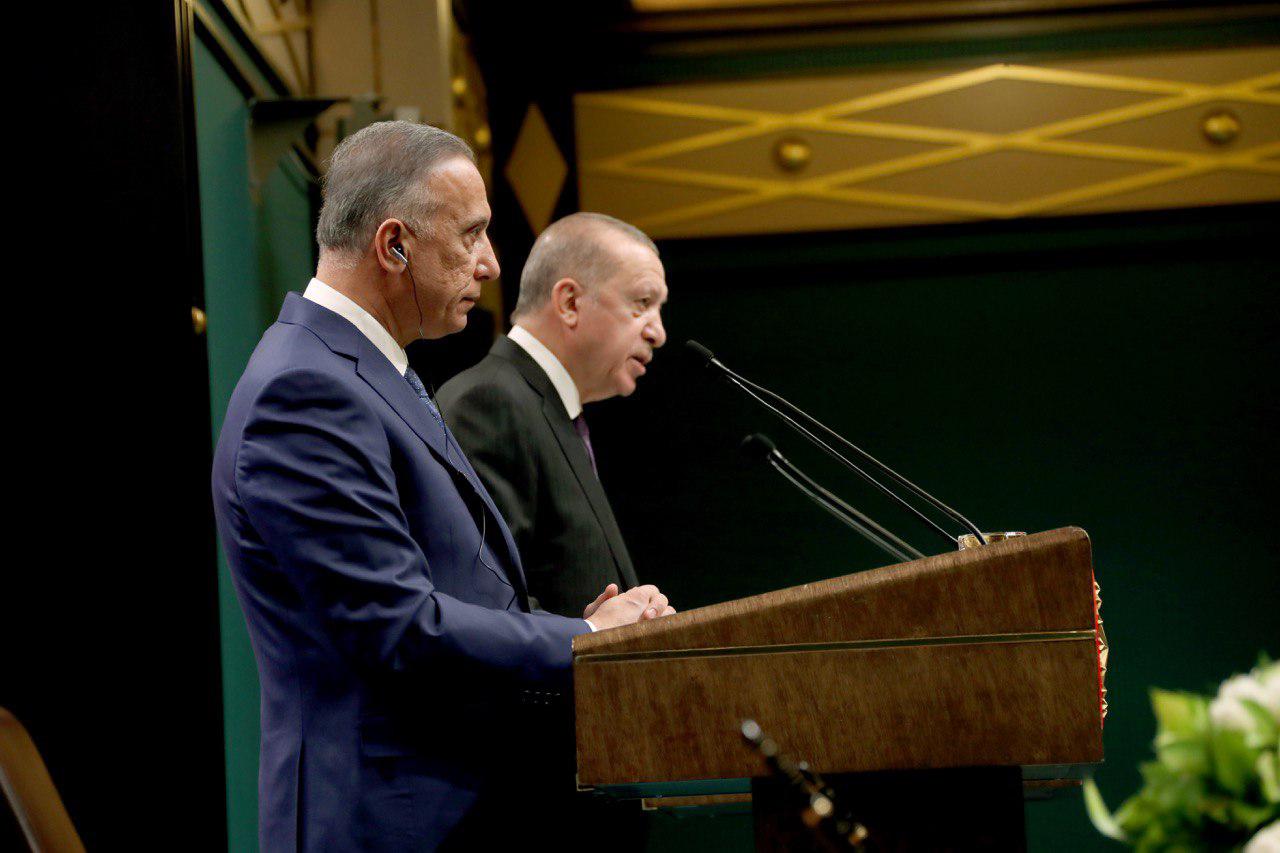 Shafaq News / Iraqi Prime Minister Mustafa Al-Kadhimi ended his visit to Turkey in an Iraqi traditional ceremony in the presence of the Turkish president Tayyip Erdogan.

The Turkish ambassador to Baghdad, Fatih Yildiz, posted a video on Twitter of a singer performs Iraqi traditional songs, and wrote "The President of the Turkey receives his Iraqi guests on the Iraqi style."

The Prime Minister met the Turkish President, Recep Tayyip Erdogan, and Turkish officials and investors, to discuss strengthening bilateral cooperation between Iraq and Turkey, in addition to trigger discussions on topical issues of common interest.

Ankara has been highly critical of Baghdad's failure to crack down on several thousand Kurdistan Workers Party (PKK) guerrillas who use a remote, mountainous part of northern Iraq as a base from which to stage attacks on targets inside Turkey.

In the other hand, Turkish warplanes and artillery have been bombing and shelling PKK positions in Iraq periodically over several months.

As for trade, Iraq hopes to attract Turkish investors to work jointly on production and investment projects that could contribute to raising the trade volume between the two countries.

Al-Kadhimi to visit Ankara next week