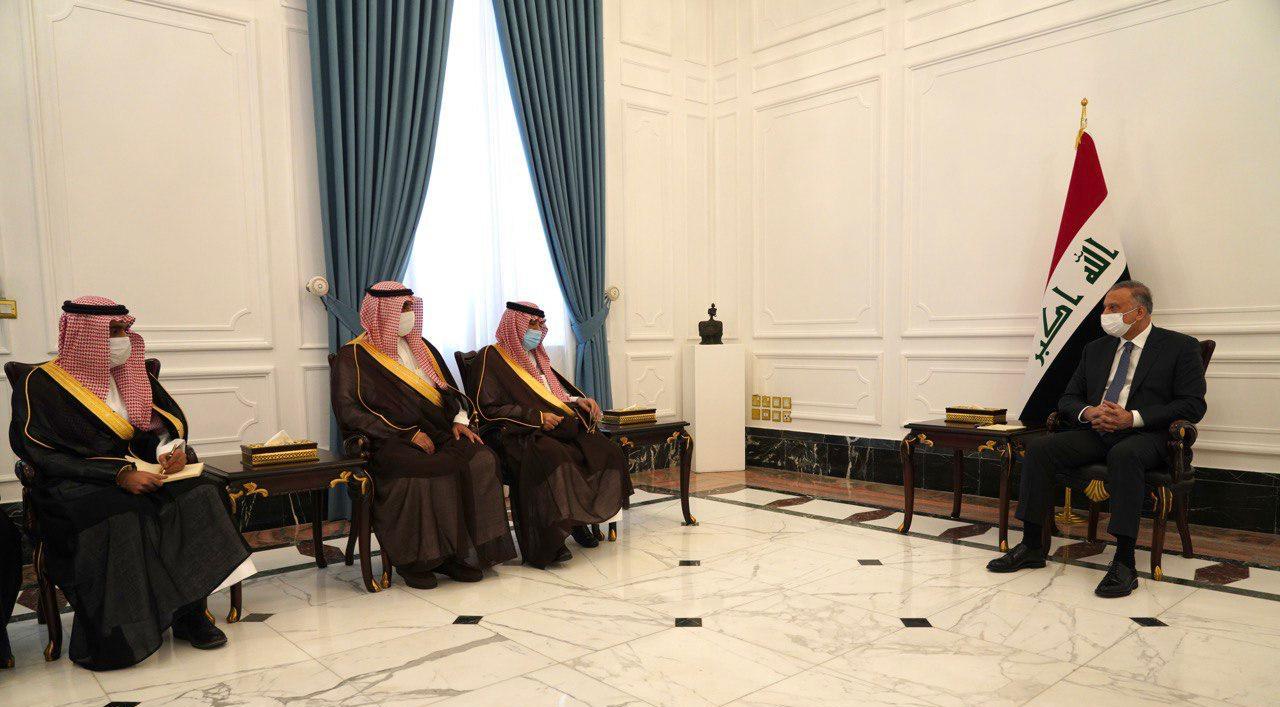 A statement by the Prime Minister's Media Office said that Al-Qasabi conveyed the greetings and congratulations of King Salman bin Abdulaziz and Crown Prince Muhammad bin Salman to the Iraqi Prime Minister, on the occasion of Eid Al-Adha.

For his part, Al-Kadhimi conveyed to the guest minister, his greetings on the occasion of Eid to the King  Saudi Arabia and the Crown Prince.

The statement indicated that the meeting discussed enhancing bilateral relations between Baghdad and Riyadh and ways to bolster cooperation in the fields of economy and investment, promoting and developing intra-trade movement, and overcoming obstacles and redtapes.

Al-Kadhimi commended the firm relations between the two countries and the keenness to strengthen them and explore prospects of cooperation within the framework of the Iraqi-Saudi Coordination Council.