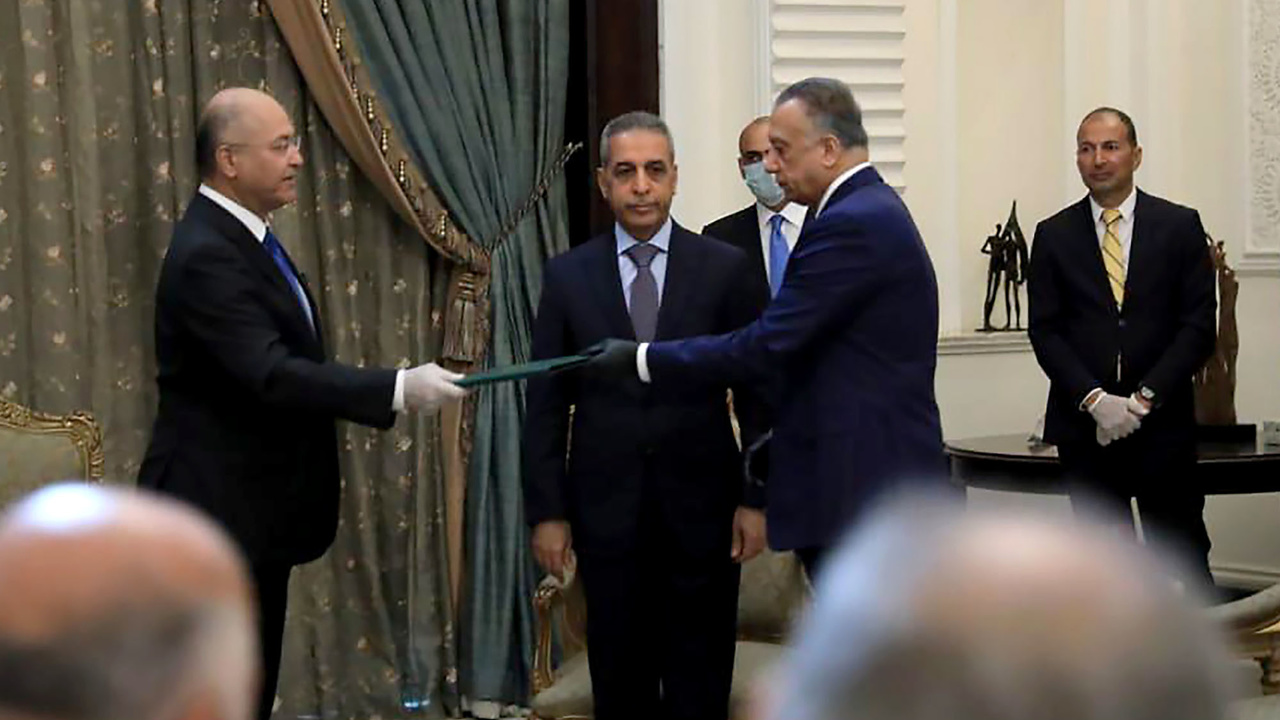 Shafaq News/ The Iraqi Prime Minister, Mustafa Al-Kadhimi, criticized the political parties attacking his government as part of what he called "electoral point-scoring".

Al-Kadhimi said in a speech during a memorial of the assassination of Ayatollah Muhammad Baqir Al-Hakim, the late father of the leader of Iraquin coalition, Ammar al-Hakim.

Al-Kadhimi said that his government, since the first day of its formation, has raised the slogan of the "state", accusing "parties" of laying obstacles in the government’s way toward its goals.

He continued by saying, "I frankly say that I am not interested in the electoral point-scoring. I avoid responding to lies against the government, and I remain silent for us to cross to safety."

On the same occasion, the President of the Republic, Barham Salih, said, "we are in need to review the entire political process and establish a new political contract that guarantees the return to the right track and meets the people's demands."

"We are at a crossroad. We either go backward by sectarian and national disputes, or advance towards state construction, maintaining its sovereignty, and imposing law over everybody."