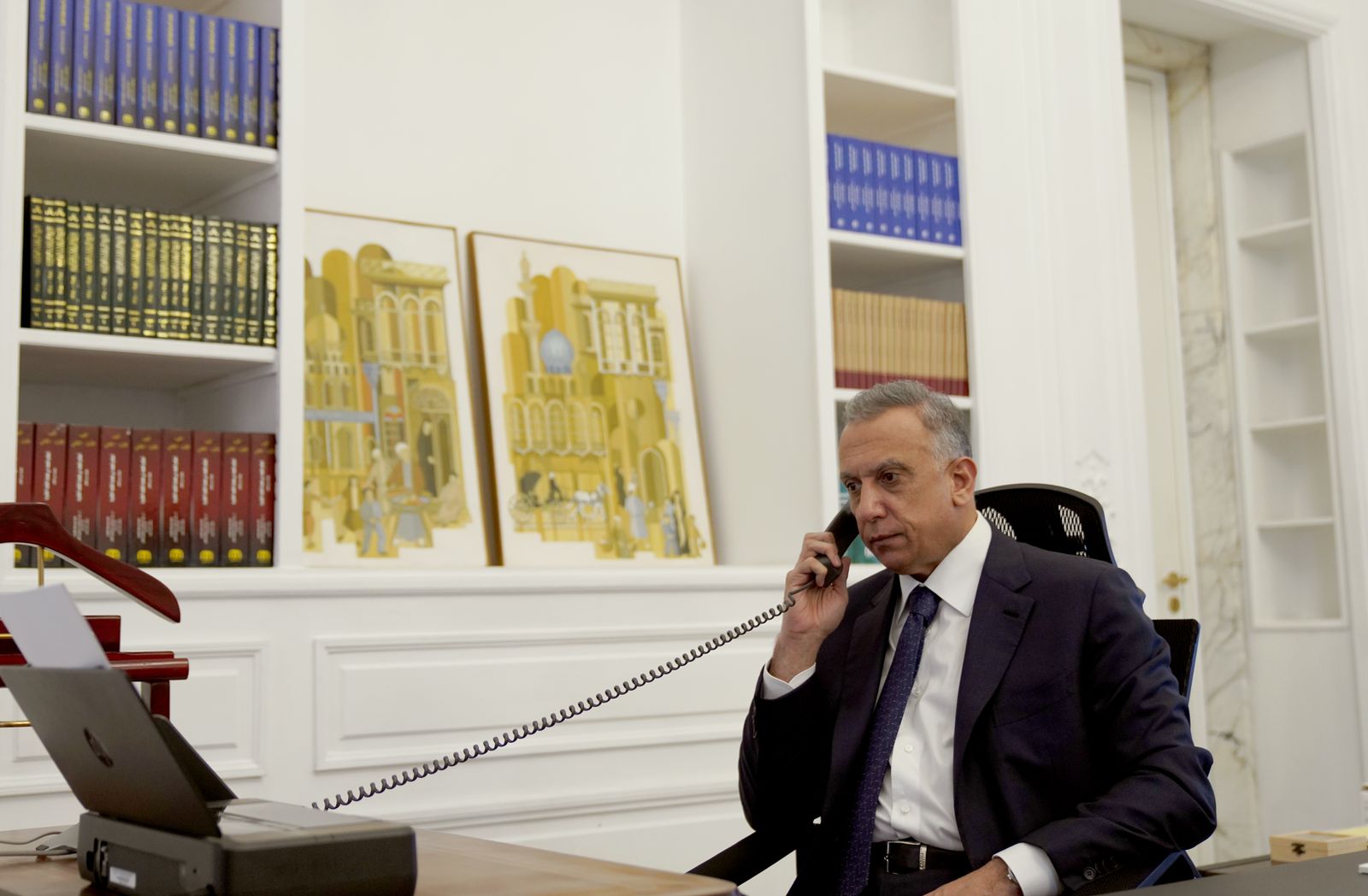 Shafaq News/ Iraq's caretaker Prime Minister, Mustafa al-Kadhimi, on Monday extended condolences to his Lebanese counterpart, Najib Mikati, for the victims of Sunday's shipwreck near the port of the northern city of Tripoli.

Al-Kadhimi called Mikati, according to a readout by his bureau, to express the "deep condolences and solidarity of the Iraqi government and people with the fraternal Lebanese people and the families of the victims."

The Prime Minister expressed his government's willingness to provide aid and support for Lebanon amid its plight.

A dinghy carrying Lebanese, Syrian and Palestinian migrants sank late on Saturday off the coast near Tripoli when naval forces collided with the vessel as the smuggler tried to evade capture.

The United Nations refugee agency (UNHCR) estimates the dinghy was carrying 80 people when it capsized. The authorities say 47 people were rescued, leaving around two dozen unaccounted for.

Lebanon's financial meltdown has pushed more than three-quarters of the population into poverty, triggering a wave of migration via dangerous sea journeys to Europe on overcrowded dinghies.

Al-Kadhimi might win a second term as PM, source says