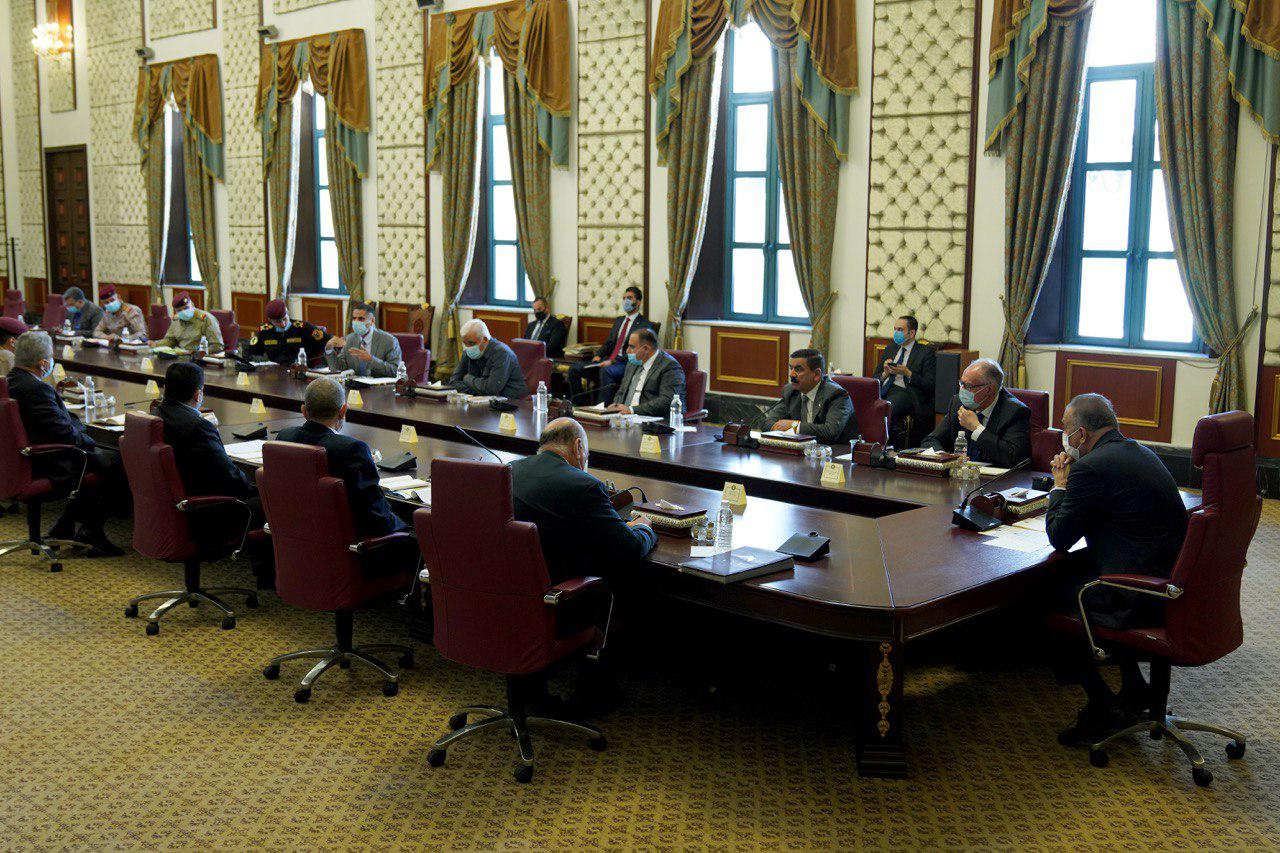 Shafaq News / The Iraqi National Security Council held its session on Wednesday, headed by the Prime Minister and Commander-in-Chief of the Armed Forces, Mustafa Al-Kadhimi.

An official statement stated that the Council discussed different topics on its agenda, in addition to the urgent and new issues.

The Council strongly condemned the Turkish aggression on Iraqi territories and the targeting of leaders of the Iraqi officers, stressing that this act is a major violation of good-neighborly relations, and a major threat to the Iraqi national security and the stability of the region.

The statement added that Iraq will use all ways to defend its security and protect its citizens, stressing the need for the Iraqi Ministry of Foreign Affairs to coordinate with the international and Arab community in the diplomatic framework to condemn this aggression and take the necessary measures.

The council also discussed the assessment of the security situation throughout the country, and the role of the security services to secure Baghdad and the governorates, protect demonstrations and deal with demonstrators in accordance with human rights principles.

The council also listened to a presentation by the Governor of Wasit about the situation in the governorate and the issue of the security, social, service, and economic situation in the Tarmiyah district.

The meeting issued a set of decisions and directives.