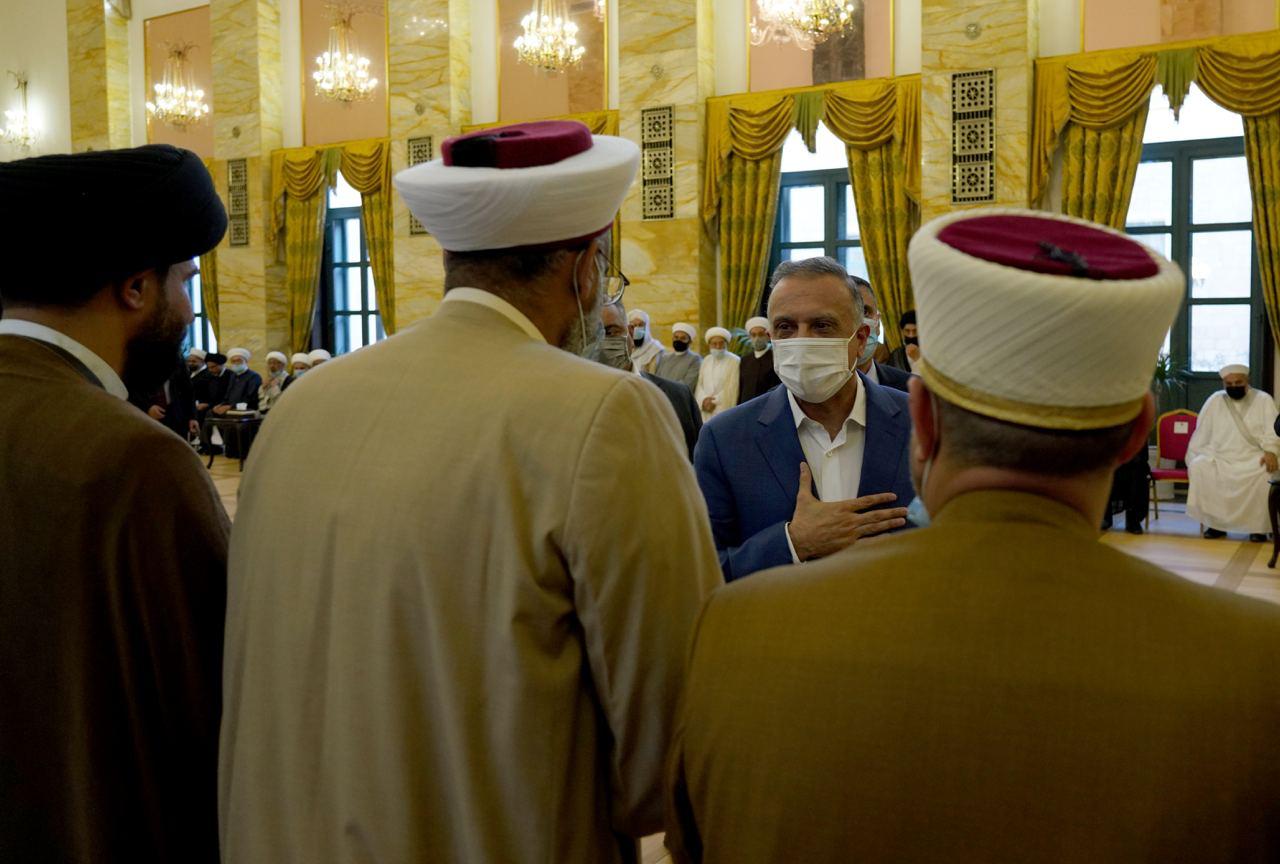 In an Iftar feast attended by a group of clerics, al-Kadhimi said, "We stress the need for the moderate discourse that contributed to the salvation from the sectarian phase that Iraq went through."

"Recently, I invited to a national dialogue between all Iraqi people to build and support Iraq's future. Clerics must play a vital role in this dialogue. This holy month and its spiritual atmosphere are an opportunity to bolster the efforts in this direction."

"Religious dialogue can play an essential role in getting over the wounds of the past."

"Iraq is playing its historic role in converging the views in the region. It started to recover. We must all work to restore the state's prestige by construction and believing in citizenship and national affiliation."