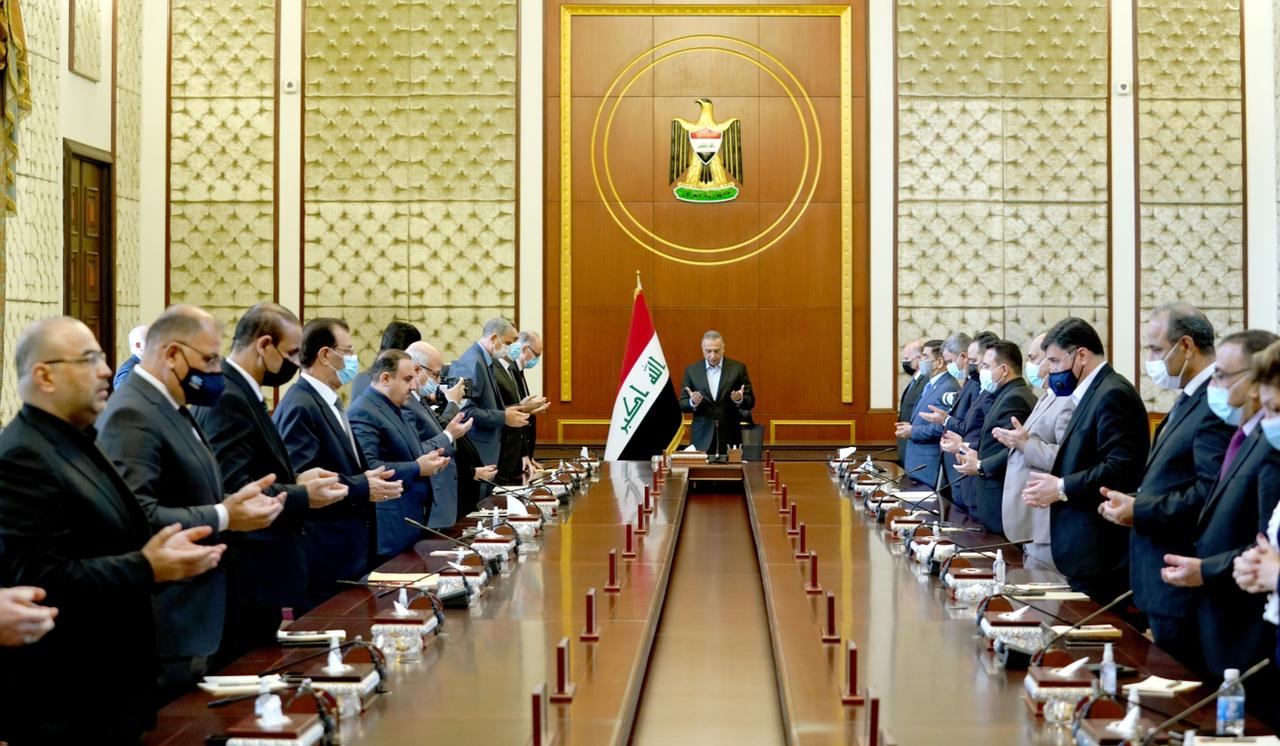 A brief press release by the cabinet said that the extraordinary session was dedicated to the tragic incident of the Ibn Khatib Khatib hospital.

The Presidium of the Iraqi Parliament convened earlier today with the Parliamentary Health Committee to discuss the aftermath of the fire that broke out in the hospital designated for COVID-19 patients.

Al-Kadhimi held a meeting at dawn with a group of Ministers, security leaders, and other officials in the headquarters of Baghdad operations command to discuss the aftermath of the incident.

The prime minister described the incident as a "setback" and a "breach to National Security", blaming negligence. Authorities will investigate the hospital director, the heads of security and maintenance, and other officials, al-Kadhimi said.

The prime minister's official Twitter account said he ordered safety inspections to be conducted on all medical facilities within a week.

The Ministry's spokesperson, Brigadier-General Khalid al-Mahanna, said in a statement to the state television, "82 victims and 110 injured in the fire that erupted in Ibn Khatib hospital."

The spokesperson excluded the possibility of "criminal suspicions" in the incident.

A security source revealed that the death toll of the Ibn Khatib hospital fire has increased to 88.

The source told Shafaq News Agency that the injury toll is 110 as in the statement of the Ministry of Interior, but some of whom are in critical status.

According to the source, investigations began from the early morning to explore the circumstances of the incident and its causes.

Iraq is following “the policy of openness”, Al-Kadhimi says