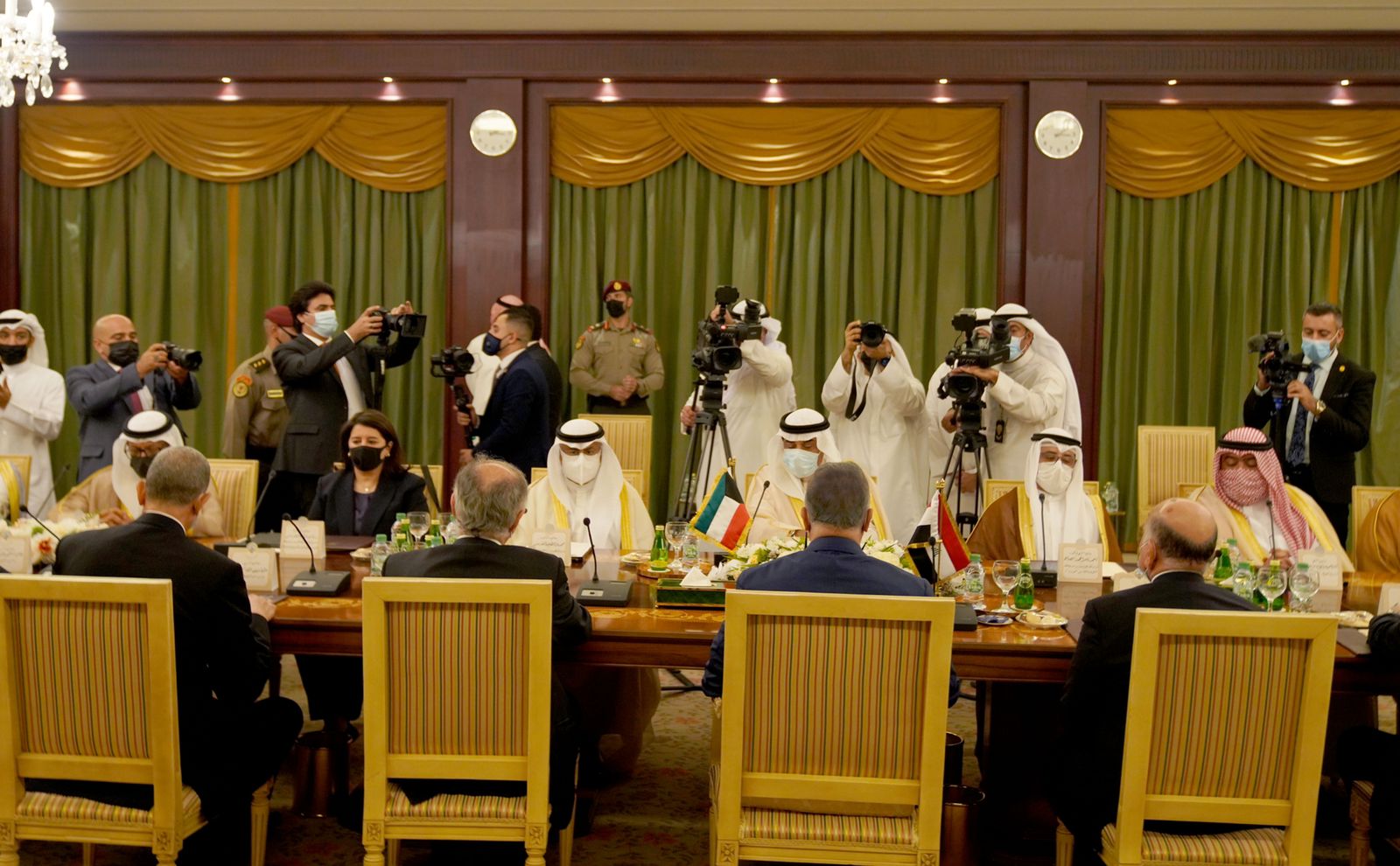 Shafaq News/ The Iraqi Prime Minister Mustafa Al-Kadhimi and his Kuwaiti counterpart chaired today expanded discussions between the delegations of Iraq and Kuwait.

Al-Kadhimi's media office said in a statement that the meeting discussed enhancing cooperation between the two countries, in the economy, health, trade, investment, energy, transportation sectors.

Al-Kadhimi affirmed, according to the statement, the Iraqi government's readiness to cooperate and work with the Kuwaiti government in a way that embodies the historical brotherly relations between the two countries, to develop relations in all fields.

Al-Kadhimi commended Kuwait's position in standing by the Iraqi government, and supporting it in achieving its economic aspirations, which include implementing the goals stipulated in the reform paper, and developing the banking sector, as well as economic and commercial ties with neighboring countries.

The Iraqi Prime Minister said he looks forward to setting the date for holding the meetings of the eighth session of the Iraqi-Kuwaiti Joint Ministerial Committee in Iraq, since more than two years have passed since the last (seventh) session, expressing Iraq's will to strengthen bilateral relations and exchange official visits between the two countries.

Al-Kadhimi stressed that the government is serious and determined to discuss all outstanding issues between Iraq and Kuwait.

For his part, Kuwaiti Prime Minister Sheikh thanked the Iraqi government and people for their role in searching for the remains of missing Kuwaiti victims of the former regime, and praised, according to the statement, al-Kadhimi's distinguished role in the region.

Al-Sabah stressed the importance of supporting Iraq, especially after its war against terrorist gangs.