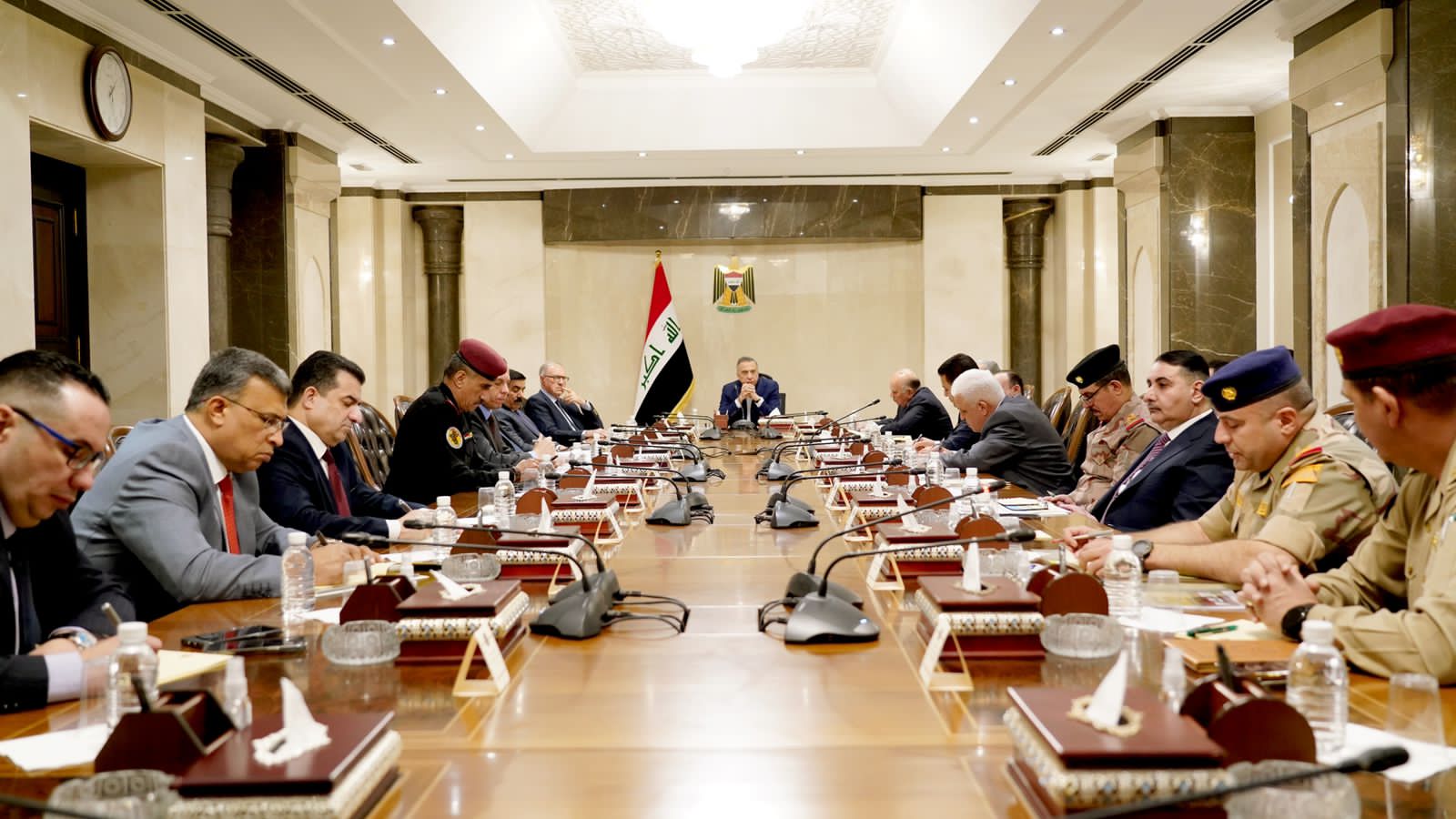 Shafaq News/ The Commander-in-Chief of the Iraqi Armed Forces, Prime Minister Mustafa al-Kadhimi, urged the security forces to exhibit utmost restraint and professionalism when dealing with protests and demonstrations.

Al-Kadhimi's remarks came during a meeting of the Ministerial Council of National Security earlier today, Sunday.

According to an official readout, the meeting discussed the latest updates on the security situation in Iraq and a spectrum of issues relevant to national security.

The Prime Minister commended the security forces' efforts to quell the terrorist and criminal groups and cope with the security challenges facing the country.

Al-Kadhimi laid emphasis on the "peaceful and professional" handling of the demonstrations and protests, adding that the security shall "withstand the attempts to stir chaos, destroy public and personal properties, and disrupt the people's interests."

Al-Kadhimi: we will not tolerate any violations during the voting process

Iraq's PM: Iraq will not return to chaos