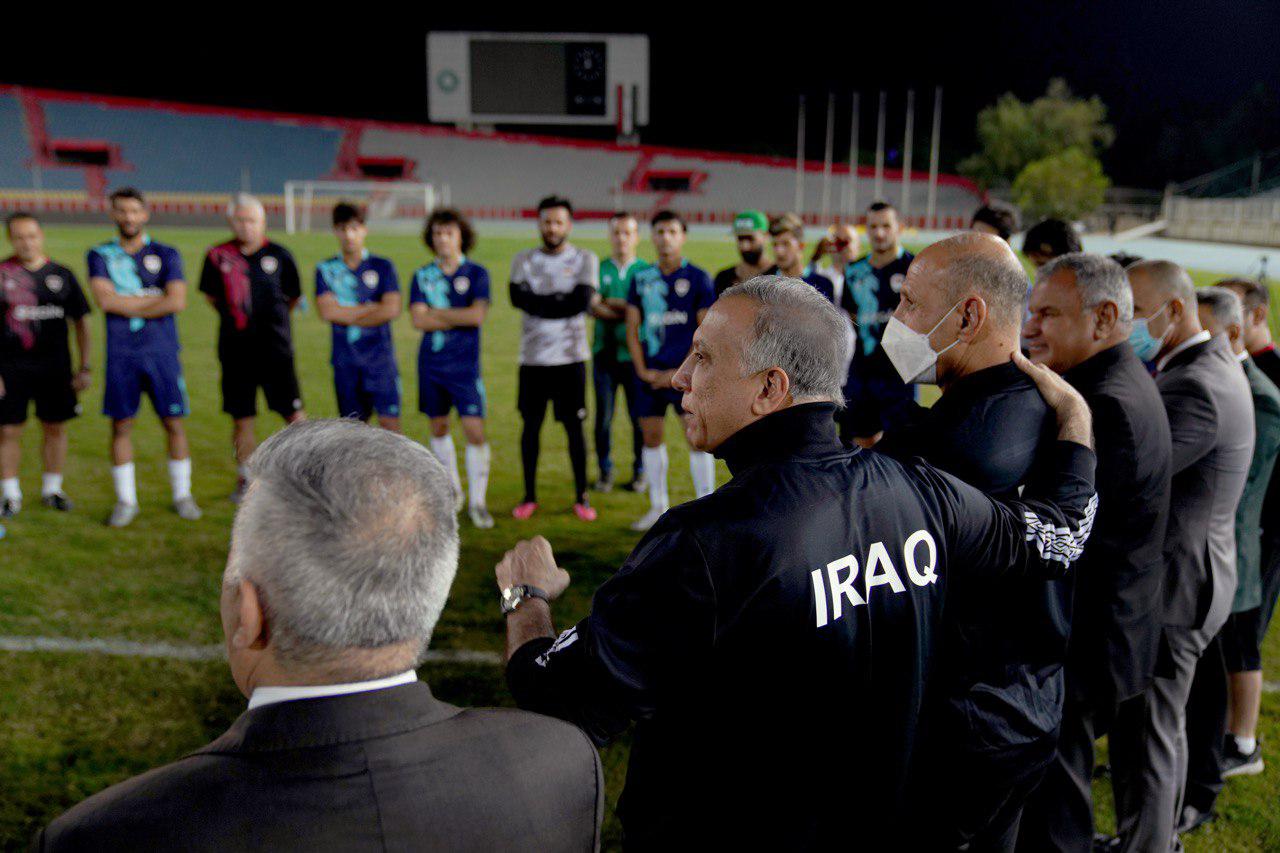 Shafaq News / The Iraqi National Football Team held its second training session at Al-Shaab International Stadium, in preparation for its friendly games with Jordan and Uzbekistan.

In the same context, Al-Kadhimi said in a statement, "The team is the pride of the country. It has always united Iraqis in the most difficult circumstances and is a source of hope and joy.", and urged the players to do their best in the upcoming games.

Additionally, Al-Kadhimi directed to allocate a plane to transport the national team, grant the players diplomatic passports, and to follow up on their entitlement to plots of land by completing the suspended transactions, according to the statement.