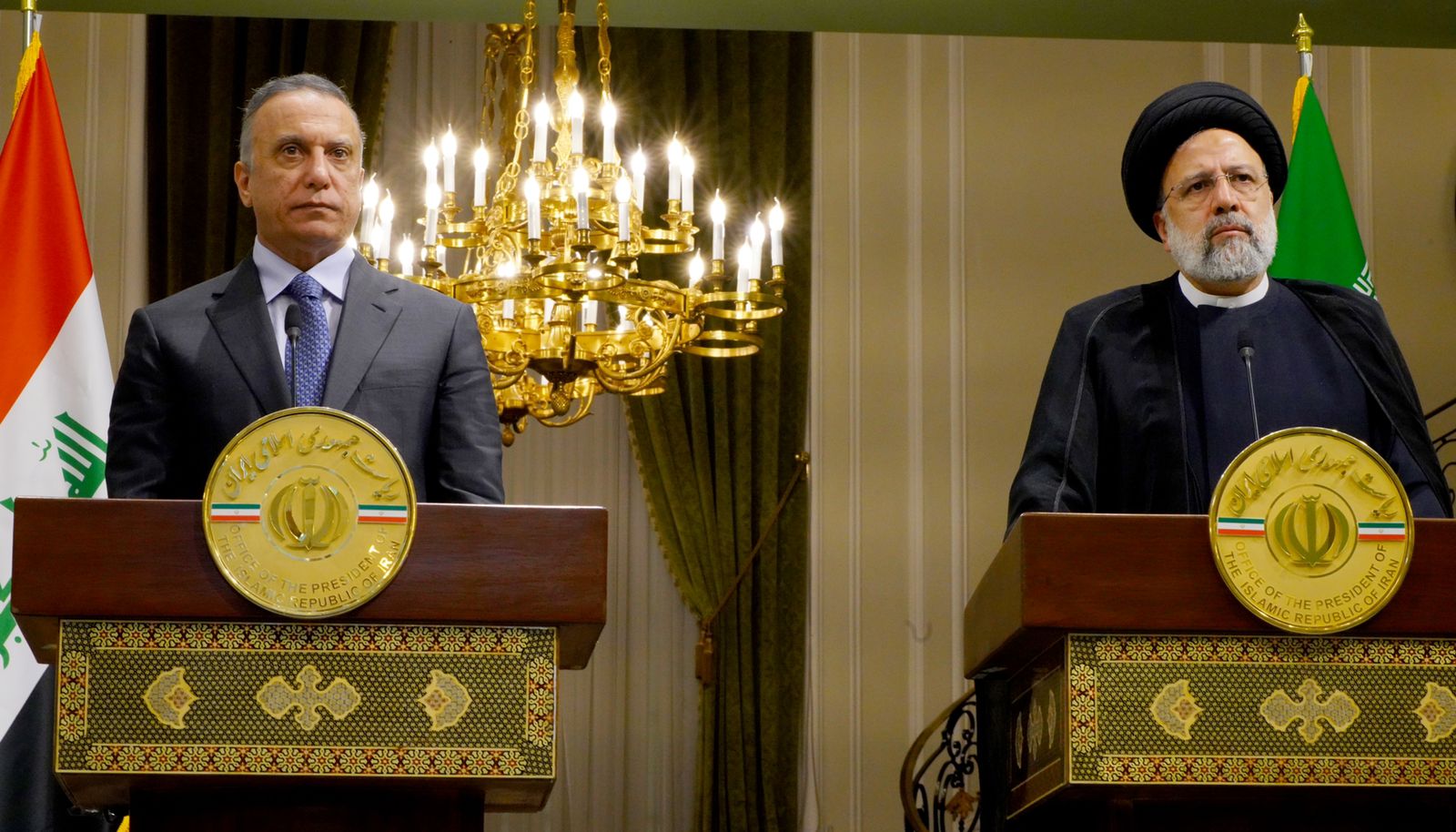 Al-Kadhimi arrived in Iran on Sunday, Iranian state TV reported, a day after he traveled to Saudi Arabia in a bid to revive talks between the regional rivals to ease years of hostility.

The Prime Minister said in a joint press conference with Raisi in Tehran that the two countries agreed to support the truce decision in Yemen, and to cooperate to overcome the food security crisis.

He added that they discussed the Baghdad-Iran ties and strengthening them in all fields, as well as expediting the implementation of the railway project connecting Basra and Shalamjeh.