Al-Kadhimi and Al-Halbousi to approve the budget law 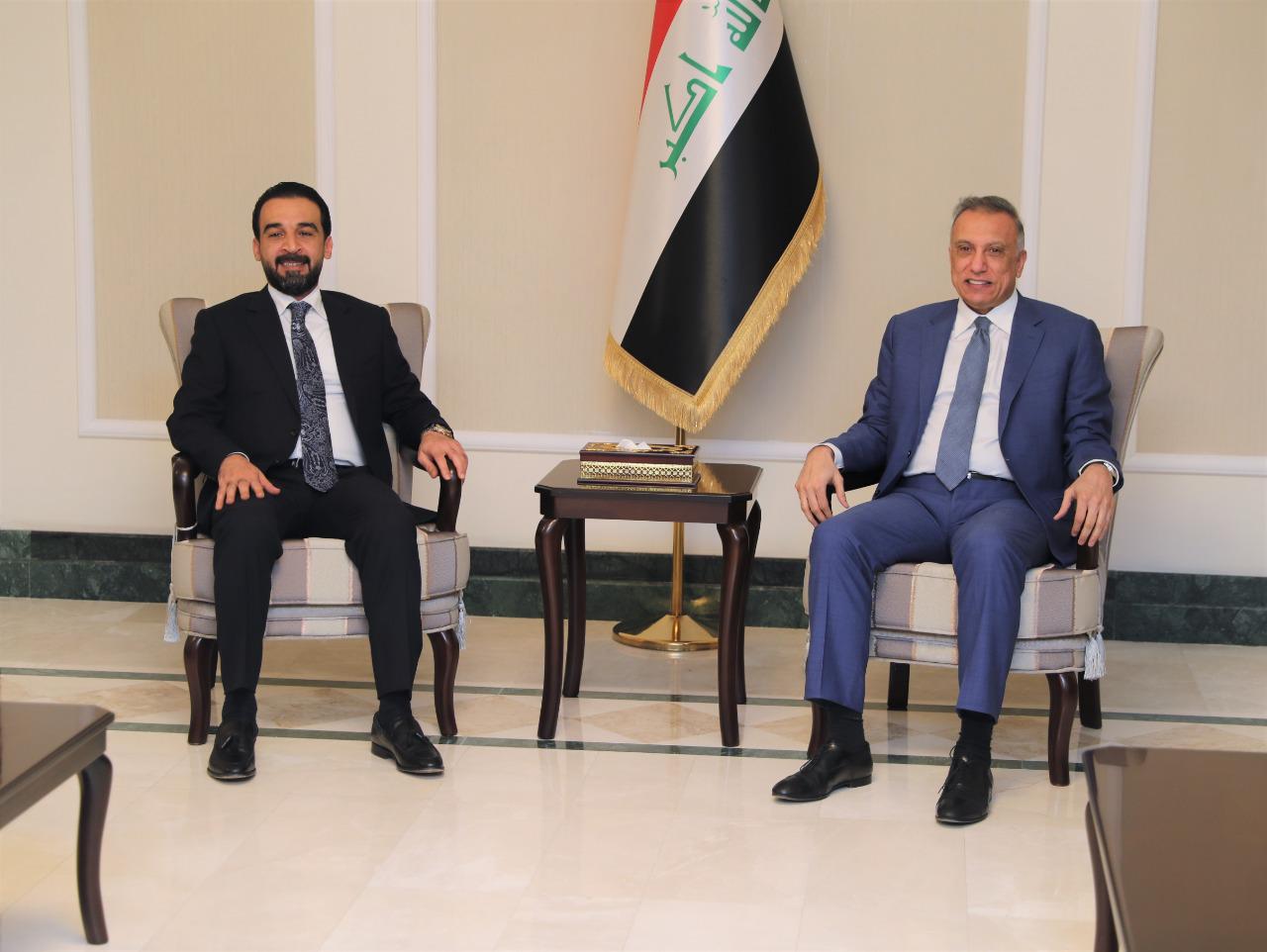 Shafaq News / The Iraqi Prime Minister Mustafa Al-Kadhimi and the Parliament Speaker, Muhammad Al-Halbousi, held a joint meeting on Sunday to discuss the state budget for 2020.

The meeting, which was attended several ministers, MPs, and advisors, according to a statement issued by Al-Kadhimi's office sets, "a cooperation methodology between the legislative and executive authorities, to develop the best means and pillars that serve the national economy".

The meeting discussed, "the draft of the state budget law for the year 2020, as it is one of the most important goals of the ministerial curriculum of the government, in a manner that ensures the citizen’s interest".

The joint meeting also followed up on the latest steps of preparing the economic reform paper, as well as the general frameworks for the state budget for the next year 2021.

The General Secretariat of the Council of Ministers announced, earlier on Sunday, that it had received the budget for the remainder of the year 2020.

A spokesman for the secretariat, Haidar Majeed, told Shafaq News agency, "Today, the Ministry of Finance sent the draft of the general budget law for the year 2020 to the General Secretariat of the Council of Ministers", adding, "the cabinet will discuss and vote on the law in the upcoming sessions, before sending it to the parliament".

Furthermore, The Iraqi Parliamentary Finance Committee revealed that the budget bill for the current year 2020 has been completed, provided that the Council of Ministers will discuss it at its next session.

The head of the committee, Haitham al-Jubouri, told Shafaq News agency that the draft law will be limited to September, October, November, and December. Al-Jubouri added that the committee has been formed to present a detailed report on the budget at the next session.

It is noteworthy that Iraq has not passed the federal budget law for the current year as a result of the protests crisis that has swept the country since October 2019 and toppled the former government.

The government of Mustafa Al-Kadhimi faced difficulties in preparing the draft budget law at a time the country was suffering from a stifling financial crisis caused by the collapse of oil prices in world markets.

Al-Kadhimi and Bin Salman to hold an online meeting today