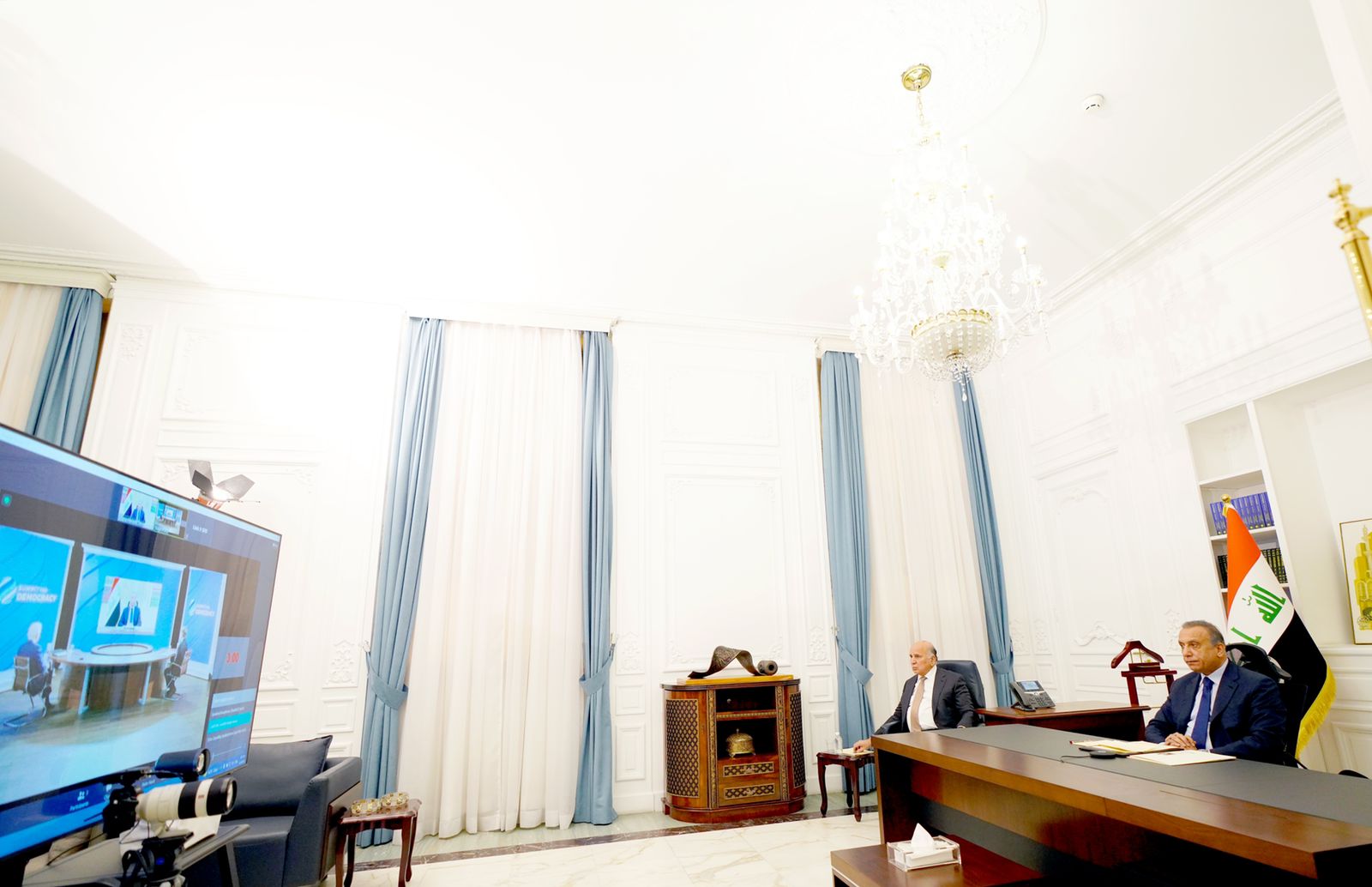 Al-Kadhimi made these statements during his participation in the opening of the "Leaders for Democracy" online summit, according to a statement issued by his media office.

Al-Kadhimi reviewed, in his speech, "Iraq's position and its approach that adheres to democracy as an ideal way to achieve good governance," stressing, "the people defeated the ISIS's terrorism militarily and morally, without neglecting the principle of democracy."

Al-Kadhimi called on the leaders of the summit to, "develop a broader perspective on democracy associated with joint international action, and includes support for sustainable development in developing countries in particular."

The summit also discussed the democratic reality internationally and ways to enhance democratic governance mechanisms. The participants also exchanged views, and shed light on the most important challenges facing the civilized world and ways to address them.

The summit, which was launched today morning, was hosted by US President Joe Biden, and attended by leaders and representatives of more than one hundred countries.