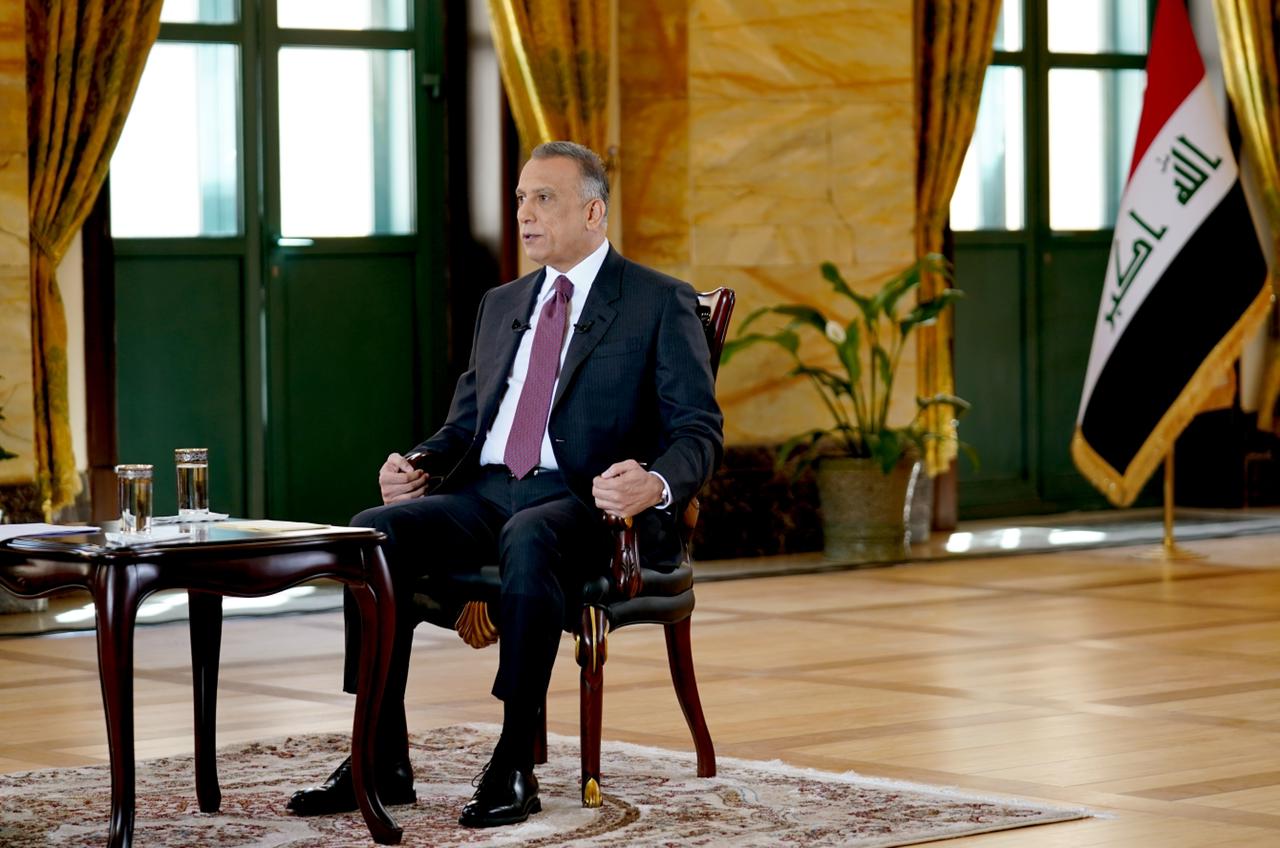 Al-Kadhimi said in the article, "Positive signs are looming in our region, and the will of its political leaders is moving towards starting to alleviate the crises that have befallen."

He added, "Iraq, people, and country, has gone through bitter experiences that affected the countries of the region, and led to regional and international setbacks that are no less dangerous in their repercussions and complications than the complexity of the Iraqi scene."

"Our Iraqi people realize, based on its historical experiences, that imbalance…in the past years, in particular, led to deep rifts in the Arab scene and the whole region, in conjunction with the crises that the internal situation in Iraq has been subjected to."

He explained, "It is no longer possible to coexist with such crises, which is what prompted our Iraqi people to bear a heavy responsibility for healing our national wound, to prevent it from recurring", noting, "the recovery of Iraq contributes to the recovery and revival of our Arab world, and this is our common national and national responsibility."

"Our common enemy is terrorism with its various faces, its takfiri approach, and perverted tendencies…They falsify heritage and the Prophetic Sunnah and cut the clear verses from the Book of God, the Qur'an, and use them for their misguided aims that offend the values of the tolerant Islamic religion."

Al-Kadhimi indicated that the terrorists resort to misleading methods to negate every aspect of tolerance and coexistence that has been enshrined in the conscience of our peoples, over thousands of years of bonds of love, cooperation, and mutual respect.

"We look forward to spreading the values of tolerance and goodwill among us as peoples and nations, brothers, neighbors, and friends. Such cohesion would formulate an understanding of the world as it moves at an accelerating pace in the path of development and progress", he concluded.