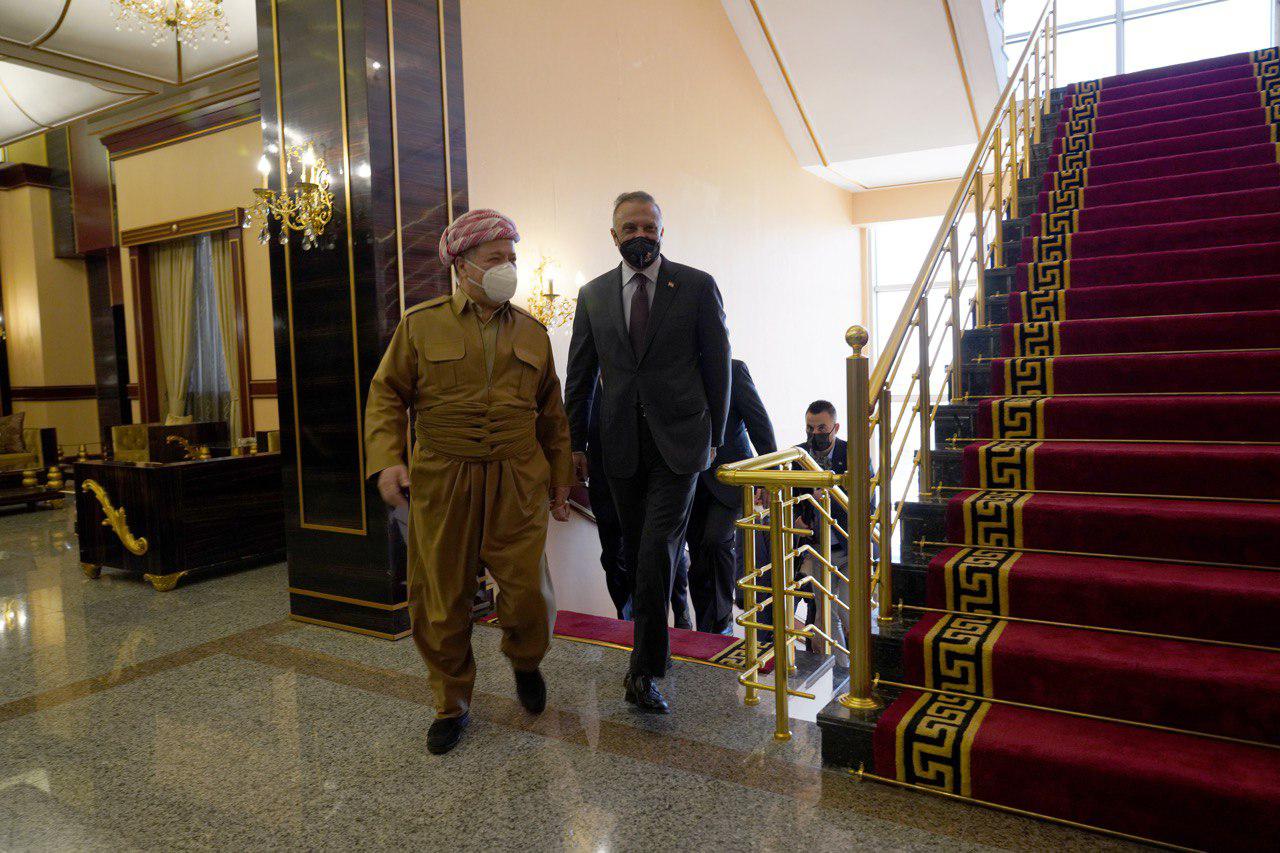 According to a statement issued by Al-Kadhimi's office, the latter emphasized during the meeting the need for reform in Iraq, adding that coordination between the Iraqi forces and the Peshmerga protects the country, as it did before during the war against ISIS.

The Prime Minister affirmed that the Region is a fundamental part of Iraq, indicating that the dialogue and the constitution secure the future for a unified and stable Iraq.

For his part, Barzani expressed his appreciation for the Iraqi PM's visit, stressing the region's readiness to make efforts in reforming and resolving the outstanding issues between the federal government and the regional government, according to the statement.