Al-Kadhimi: Iraq needs an infrastructure that commensurates with its geographic location 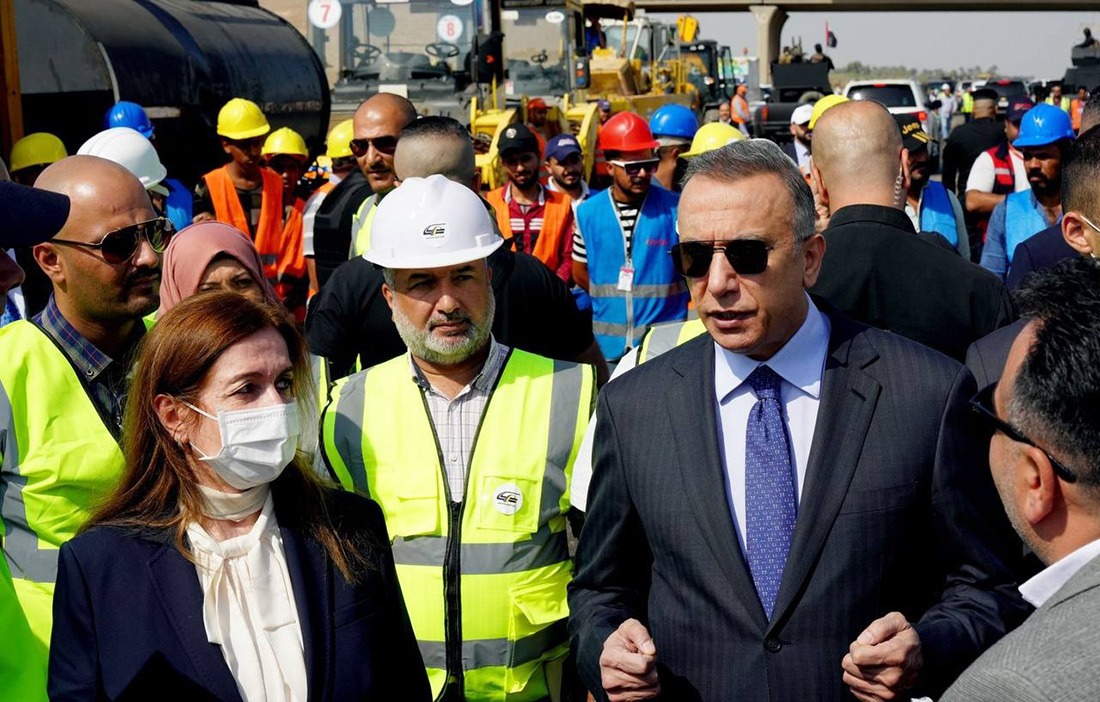 Shafaq News/ The Iraqi Prime Minister, Mustafa al-Kadhimi, on Saturday said that the country needs a developed infrastructure that commensurates with its geographic location.

Al-Kadhimi's comments came in a statement he made to journalists at the sidelines of the inauguration of the first compartment of the Baghdad-Hillah road, "we shall develop a strategic transportation infrastructure with international standards that meets the aspirations of the upcoming generation."

"Our geographic location requires an exceptional effort to boost its value as a link between our surroundings," he said.

"During the short mandate of this government, we executed many projects in the sector of roads and bridges. Baghdad-Hillah road, Basmaya road, many bridges in Nasiriyah and Mosul, in addition to vital projects."

"We look forward to completing those projects in the next year. The upcoming government shall put more work to build more roads and bridges."

"Iraq needs to Mobilize the efforts of the public and private sectors to develop a comprehensive construction movement in all fields; particularly roads, which is the nerve of the commercial and transportation movement in every country."