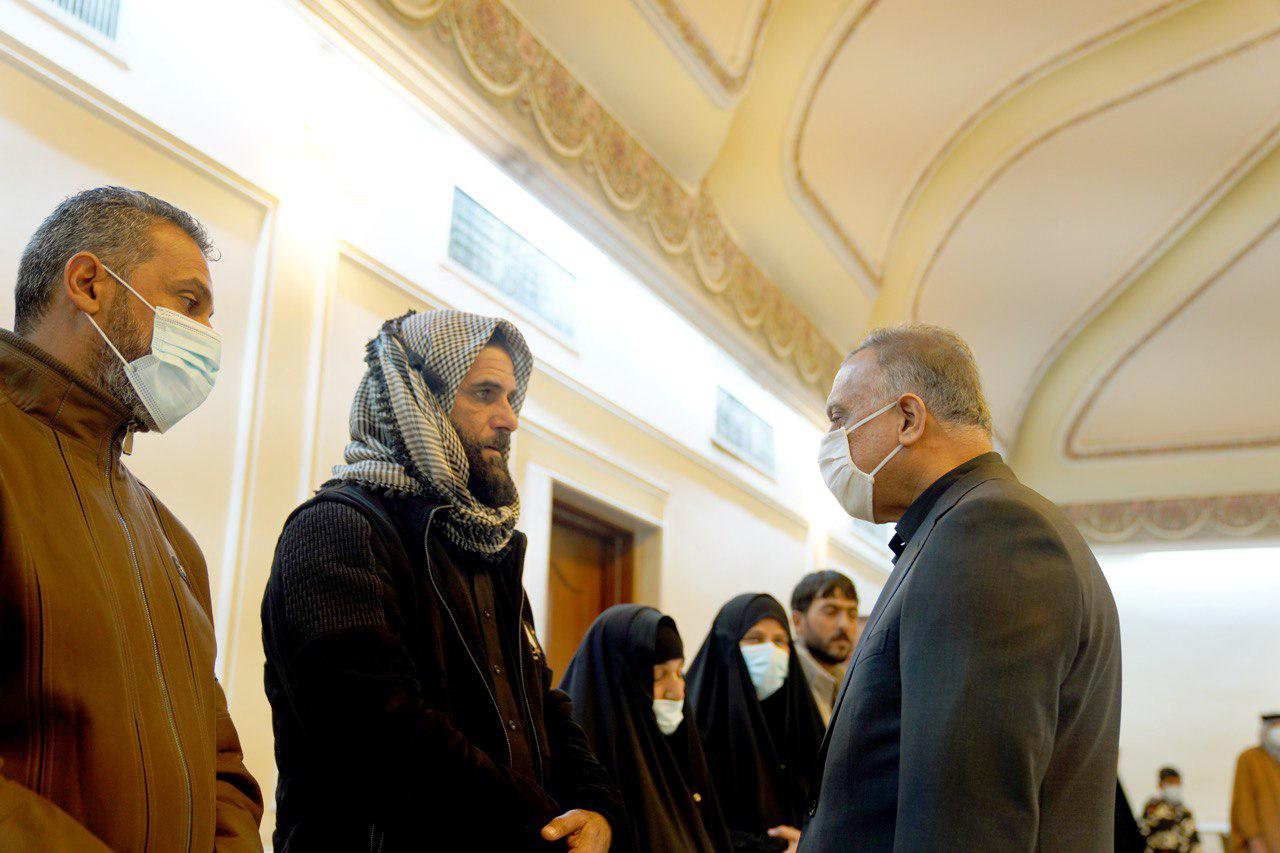 Al-Kadhimi' media office said, in a statement "The PM received, today, the families of the martyrs of Tayaran Square and directed its office and the Martyrs Foundation to follow-up their demands."

Al-Kadhimi said during the meeting, "They told me that you should attend the funerals of al-Tayaran martyrs ... and I said I am the father and brother of all those who fell dead without being guilty, my moral and duty requires the justice for them.

He pointed out that "we tried hard to finish the so-called Wali of Iraq, and after the Baghdad twin explosion and the attack on Al-Hashd in Saladin; i swore to the Iraqis that the blood of these innocent victims will not be wasted ... and the price will be the head of this terrorist.”

He continued, "... I prayed , praise and thanks to God, ..I took the deduction.., the result was the heads of the organization."

He added, "My message as head of the executive authority and commander-in-chief of the armed forces in this great Iraq: The blood of the Iraqi is precious, and everyone who is involved in wasting blood of Iraqis will receive his punishment ... and this does not include only the martyrs of al-Tayaran and Saladin, but all the martyrs of Iraq, including the martyrs of October."

He stressed, "Enough using the feelings of people for political aims and economic interests. There are those who exploited the blood of the martyrs of Iraq and became rulers and owners of billions .. ISIS and the outlaws, both of whom invest blood to obtain money."

He concluded by saying, "I offer my condolences to you and myself ... I stand by you ... the price of all this Iraqi blood is the state ... if we pay all this blood and do not reach the state, history will curse us all."