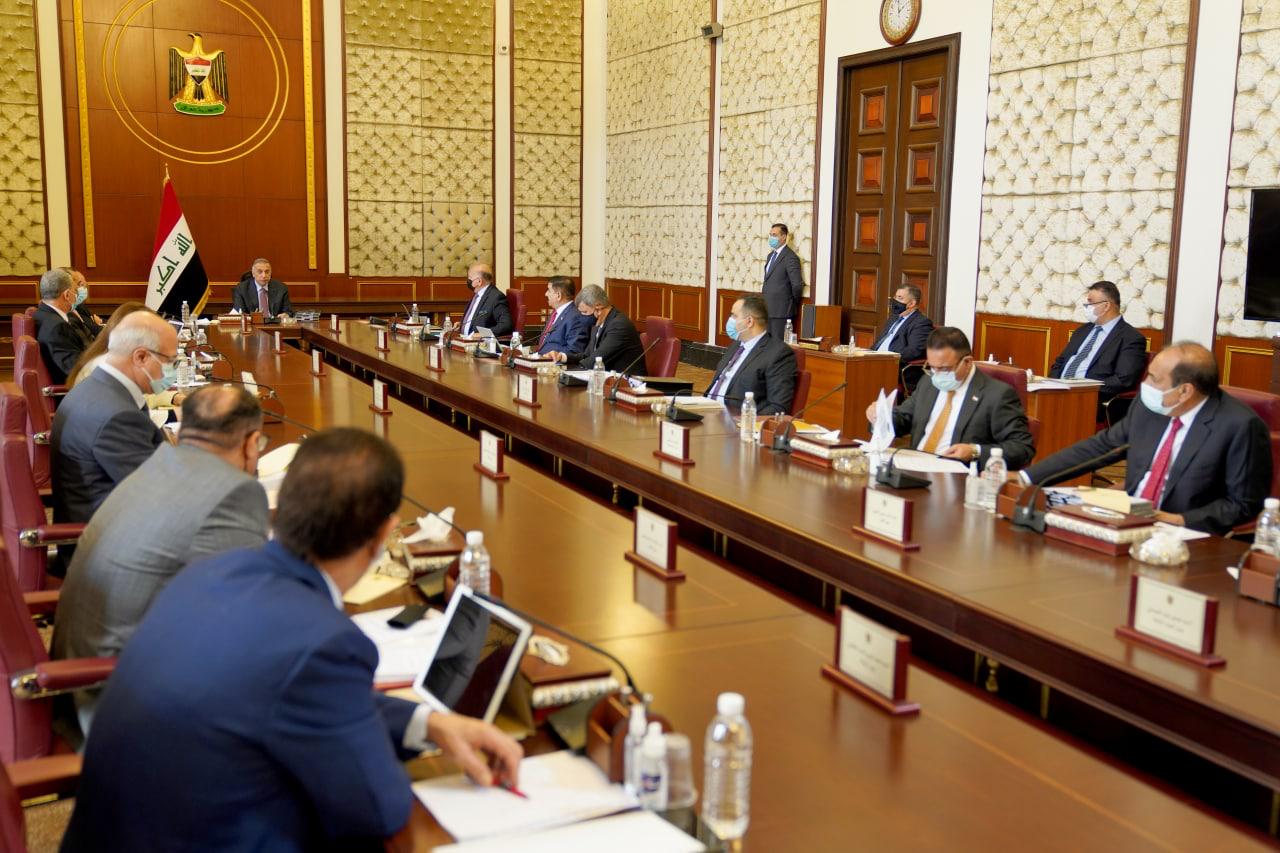 Shafaq News/ The Prime Minister of Iraq, Mustafa al-Kadhimi, addressed recent developments on the Iraqi local and international arena in his speech today, Tuesday, during the cabinet meeting.

Al-Kadhimi deemed his recent visits to Saudi Arabia and the United Arab Emirates as "success by all accounts", stressing that the warm welcome upon his arrival was not devoted to himself, "the Arab siblings warmly welcomed Iraq, Iraq's history, heritage, and depth."

"The two visits were of extreme importance. We sensed a sincere willingness to endorse Iraq at this phase... We will materialize this sentiment to effective working methods with our neighbors and the international community."

"Media grandstanding over the issue of unpaid lecturers uttered recently. Even though this file is a remnant of the poor planning of previous eras, we introduced a mechanism in the budget to address this issue."

Al-Kadhimi touched upon the incidents of Dhi Qar governorate in Southern Iraq, "for months, we have been working to address the crisis and the demands of our people in Nasiriyah. We established a fund for the reconstruction of the governorate."

"for well-known circumstances and different disputes, some of which are legal, Dhi Qar's governor position became vacant. We decided to assign a governor after consultations and meetings with popular, tribal, and administrative actors in the governorate."

Al-Kadhimi said that he established an advisory board linked directly to his office, "I will keep tabs with the governor and the board upon the details of Dhi Qar reconstruction on a daily basis," noting, "we will announce the outcomes of the investigations into the incidents that took place during the demonstrations."

The Prime Minister highlighted the unacceptable price increments due to the dinar devaluation, "I will personally follow up the market. We shall protect the citizen from those who exploit the people's sustenance."

"Ramadan is just around the corner. We will discuss today the ration card of Ramadan. I instructed delivering extra rations in the forthcoming days and adding a new one. We will discuss this matter with the Minister of Commerce."

After the bloody attack, Al-Kadhimi arrives in Makhmur