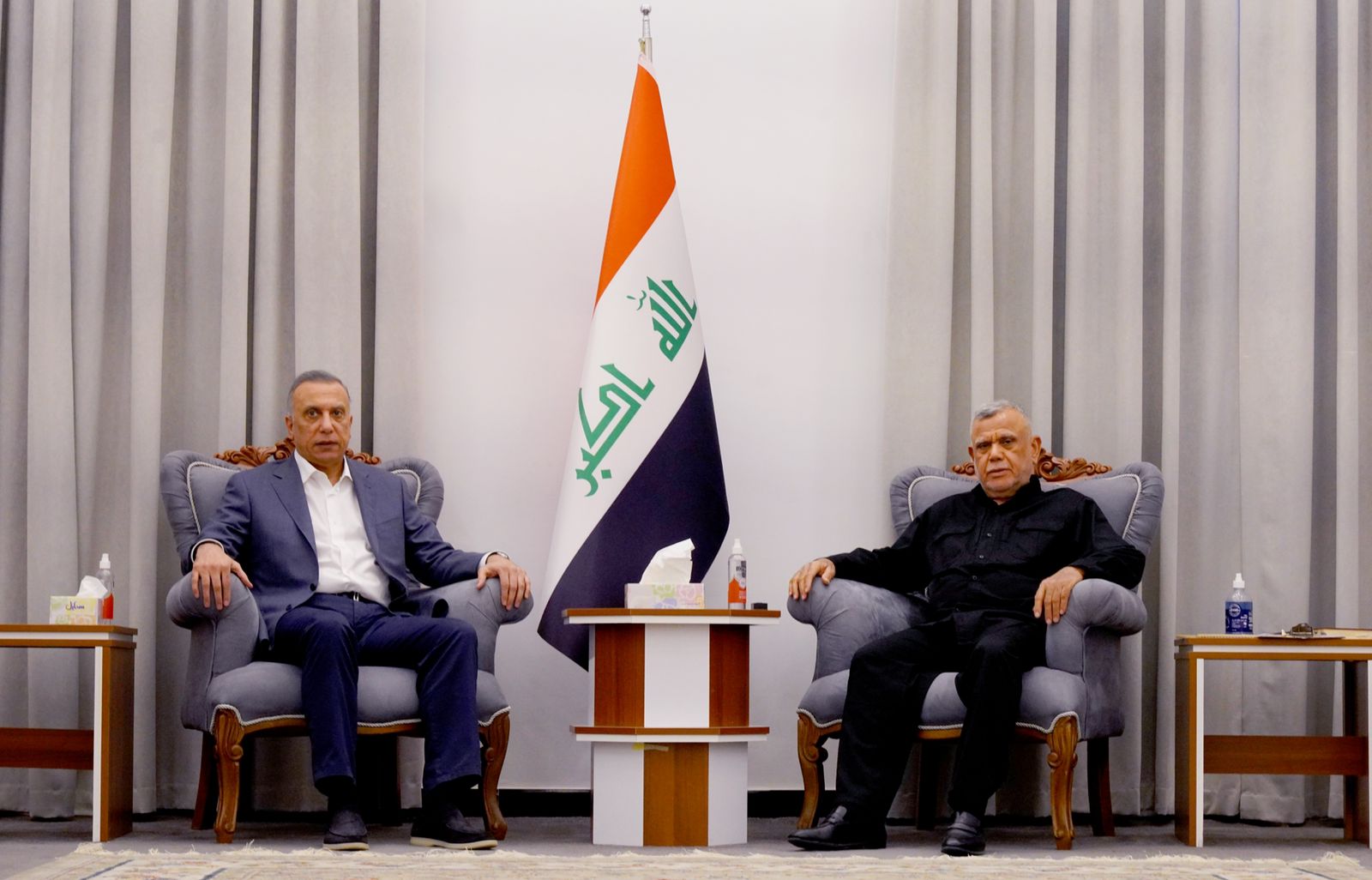 Shafaq News/ The Iraqi Prime Minister Mustafa Al-Kadhimi and the head of the Al-Fateh Alliance, Hadi Al-Amiri, stressed the need to adopt the approach of dialogue to overcome the crisis.

Iraq's caretaker Prime Minister cut short a trip to Egypt to follow up on the current crisis in the country.

Al-Kadhimi's media office said that the Prime Minister and Al-Amiri, a prominent leader in the Shiite Coordination Framework, discussed the latest political developments and the follow-up of the understandings among the political blocs.

Both sides stressed the necessity of more open and direct discussions among the Iraqi forces to overcome the deadlock, and the importance of keeping state institutions away from all forms of political conflict.

Iraq's Judiciary suspended work on Tuesday after supporters of influential Shi'ite cleric Moqtada al-Sadr camped near its headquarters to demand that it dissolve Parliament, escalating one of the worst political crises since the U.S.-led invasion.

Saleh Mohammad al-Iraqi, who runs a Twitter account named "the leader's advisor" and is widely believed to be Muqtada al-Sadr's mouthpiece, advised the protesters to withdraw from the building of the Supreme Judicial Council in the capital, Baghdad.

The self-proclaimed advisor of Muqtada al-Sadr said on Twitter that in the Judiciary in Iraq, many people support reform, and "if there are problems, it is because of the political pressure from the corrupts against them."

Al-Iraqi urged the supporters "to keep tents erected and continue sitting in front of the parliament building.