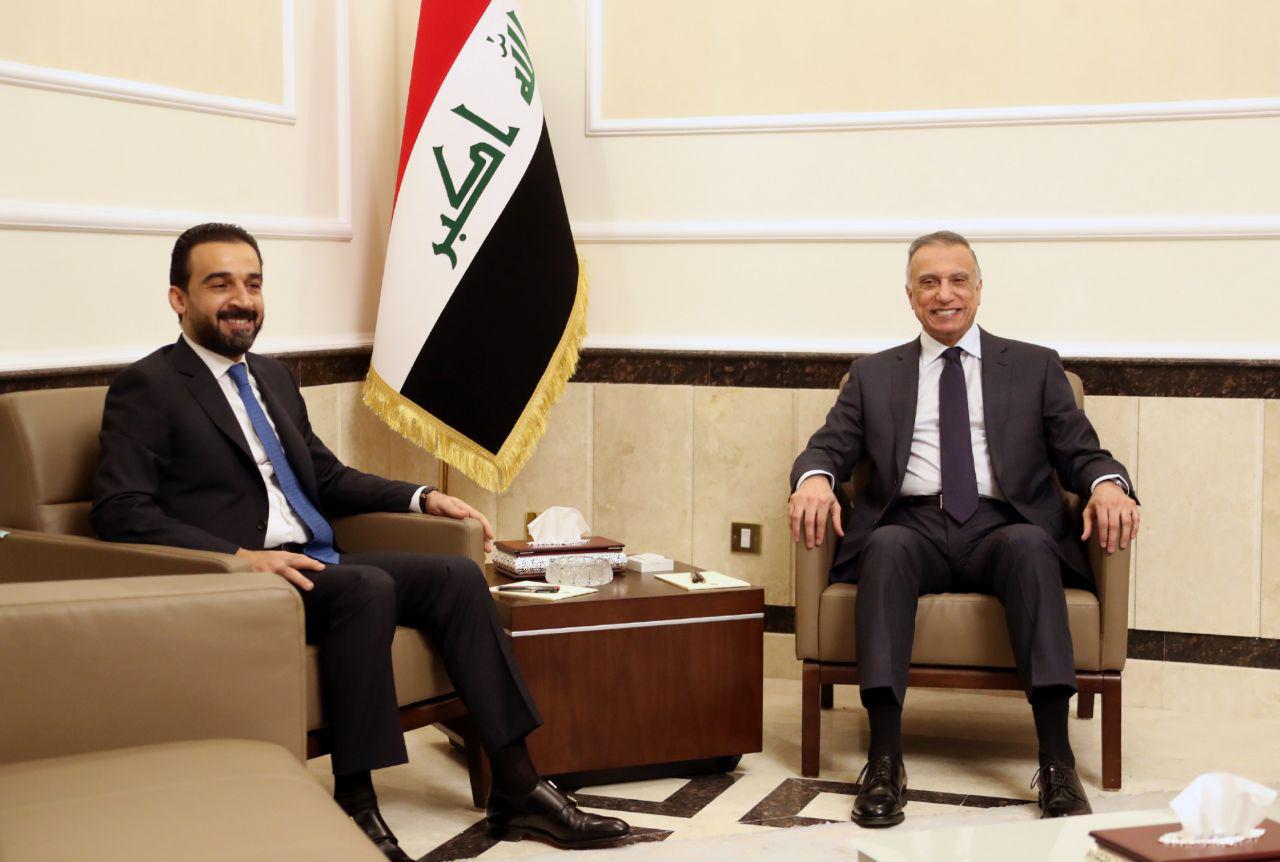 Shafaq News / Iraqi Prime Minister Mustafa Al-Kadhimi and Parliament Speaker Muhammad al-Halbousi discussed on Saturday the completion of the election law as soon as possible.A statement issued by Al-Kadhimi's office received by Shafaq News agency said that the PM discussed with Al-Halbousi the "political, the security economic developments in the country."

The two sides also discussed "the importance of integration between the executive and legislative authorities, which would accelerate the enactment of laws that serve various segments of society."

The statement pointed out that Al-Kadhimi and Al-Halbousi discussed "the necessity to legislate the election law in order to holding early elections next June, coordinating the oversight role of Parliament, and supporting government efforts in combating corruption."