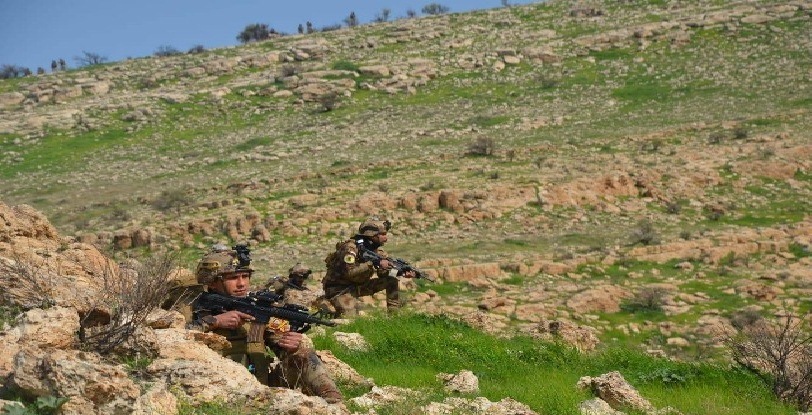 Shafaq News / The spokesman for the Northern Axis Operations Command of Al-Hashd Al-Shaabi, Ali Al-Husseini, attributed today, Tuesday, the attack that targeted a security point on the outskirts of Riyadh district, northwest of Kirkuk, to the vast security gaps between the Peshmerga and the Federal Police.

In a statement, the War Media Cell reported, on Monday, that the security forces in Riyadh district in Kirkuk governorate thwarted a terrorist attack in the village of Al-Majid, noting that an officer was killed, and three citizens were wounded.

Al-Husseini told Shafaq News Agency, "vast security gaps in the mountainous areas, north of Kirkuk, in the vicinity of Dibis district and near the borders of Kurdistan, cannot be completely controlled, due to the area's rugged nature, and the ability of ISIS terrorists to carry out terrorist attacks and flee to hidden shelters that cannot be identified".

He added, "The presence of ISIS does not exceed a group of bandits, and there are no strongholds or bases for ISIS elements between Kirkuk and Kurdistan Region".

Al-Husseini stressed that Al-Hawija is fully secured by the security forces and Al-Hashd Forces.

Al-Hawija district, which is located 55 km southwest of Kirkuk, was under ISIS control, and most of its residents have fled to other areas to escape the oppression of terrorist gangs.