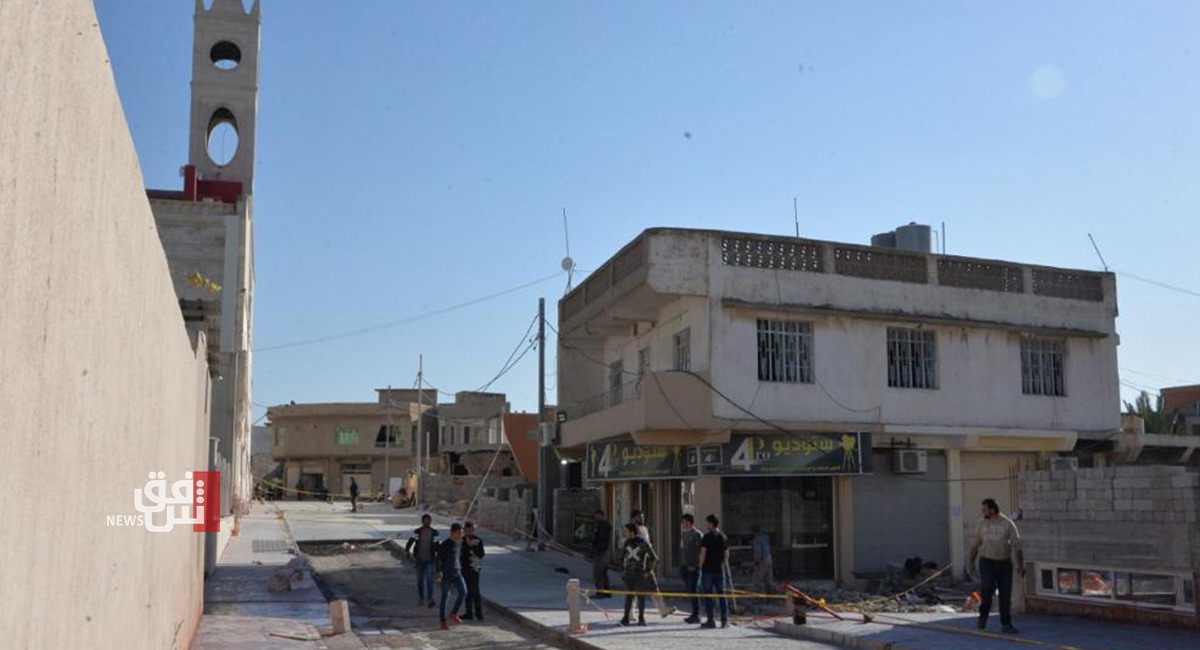 Shafaq News / preparations for the Pope’s visit in full swing in Al-Hamdaniyah district, southeast of Mosul as Christians look forward for this historic visit.

The Pope's visit to the Al-Hamdaniyah district, and his meeting with the Christian component means “peace and safety,” according to the citizens who participated in the preparations, especially the Christians who returned homes after 2014.

"This day (the Pope's visit) will be a day of joy and a spiritual ceremony, it means a lot to us." the mayor of Al-Hamdaniyah, Issam Behnam told Shafaq News Agency.

He added, "The people were preparing for a month, they began few days ago putting up posters and banners, cleaning and decorating the streets and planting roses on the roads and near churches."

On the visit, Behnam said, it is "a true symbol of peace ... as the Pope will visit Al-Tahera Church in Al-Hamdaniyah, which is one of the largest and oldest churches in the region,… on the day of the Pope's visit, we will inaugurate the church to be blessed."

During the visit, which is the first-ever papal visit to Iraq, Pope Francis will meet top Shiite cleric Grand Ayatollah Ali Sistani.

Two Iraqi soldiers injured in an explosion in Mosul