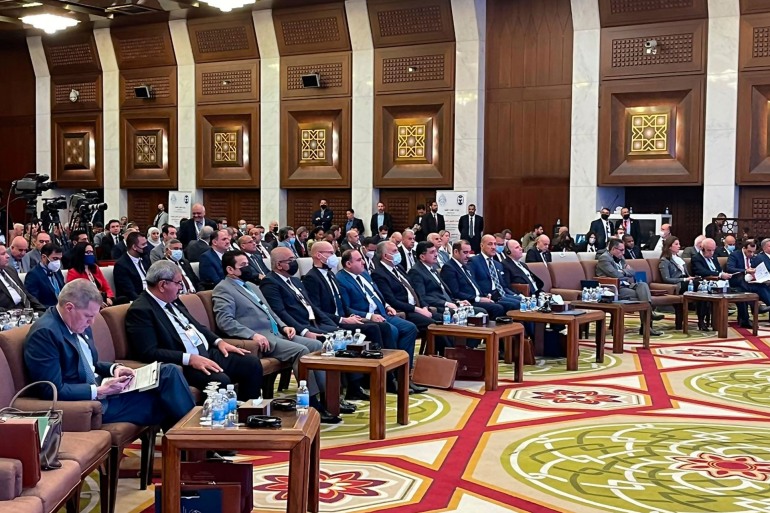 Reading out the final communique of Baghdad's second International Water Conference, al-Hamdani laid emphasis on establishing a regional bank for water resources and shifting from opened to close irrigation systems.

"The Iraqi government is adamant about combating the water crisis via the 'Green Paper' and international conferences," he said, "we were able, through this conference, to deliver a message to the entire world on the importance of cooperation between the countries."

The Minister shed light upon the damage Iraq's water infrastructure sustained during ISIS battles, calling on the international community to uphold Baghdad's efforts to cope with the repercussions of climate change.

Al-Hamdani said that Iraq has signed a set of memoranda of understanding to develop the water resources and irrigation sector, citing the role they will play in helping Iraq combat the water crisis.

Iraq: We reject any decision to extorts the Palestinian territories for Israel