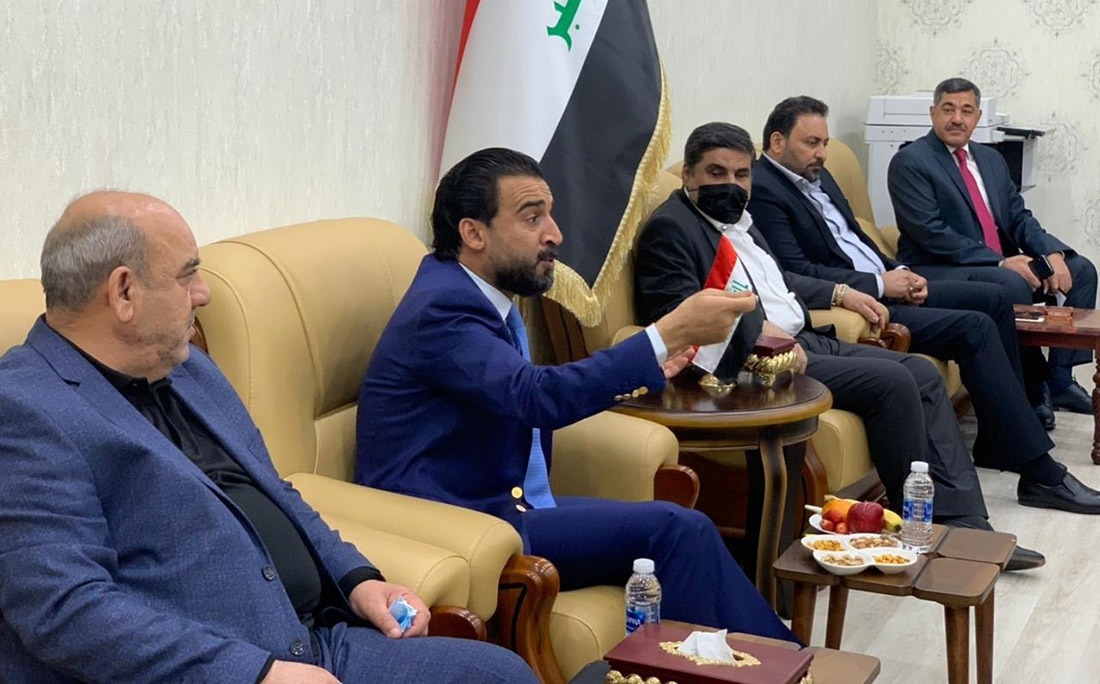 Shafaq News/ A parliamentary source revealed that the Speaker of the Iraqi Parliament, Muhammad al-Halbousi, held a meeting with the Shiite blocs to bridge the gaps on the Federal Supreme Court bill issue.

The source told Shafaq News Agency that Al-Halbousi and his first deputy, Hassan Al-Kaabi, met with the heads of the Shiite blocs at the headquarters of al-Fatah Bloc in the presence of the head of the bloc, its members, and the Deputy Secretary-General of Badr Organization, Abdul Karim Al-Ansari, to discuss the controversial points in the Federal Supreme Court bill.

Discussions are still echoing in the corridors of the Council of Representatives to settle the differences over the remaining articles of the Federal Supreme Court bill.