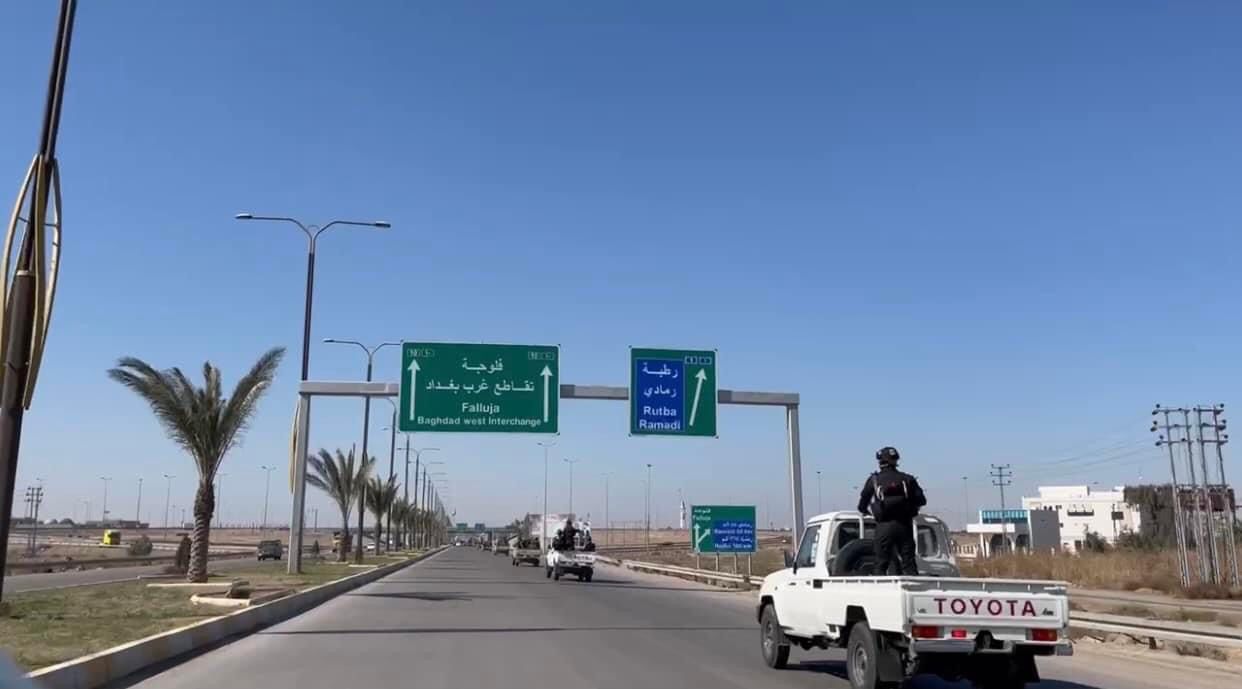 Shafaq News / The Military adviser for the Iraqi Parliament Speaker, said that the Security Media Cell's statement regarding al-Anbar events today is unrealistic.

He added, "it (the SMC) better hold the outlaw parties that act without the joint operations command and the instructions of the Commander-in-chief of the armed forces accountable."

The Cell said in a statement that the convoy belonged to al-Hashd al-Shaabi (PMF), and was carrying members who were on a leave and came back to resume their duties, noting that their deployment is legal and official.

The source told Shafaq News agency that the military convoys -which were carrying armed men- belong to al-Hashd al-Shaabi (PMF)- Kata'ib Hezbollah Brigades, entered the governorate to deploy and replace fighters, noting that it is a routinal military action.

However, a source in the Kata'ib told Shafaq News agency that this step is a message to Parliament Speaker Mohammad al-Halboosi, and a request for him to arm some tribes in al-Anbar.

He added that an official statement might be issued to clarify the whole situation in the next few hours.