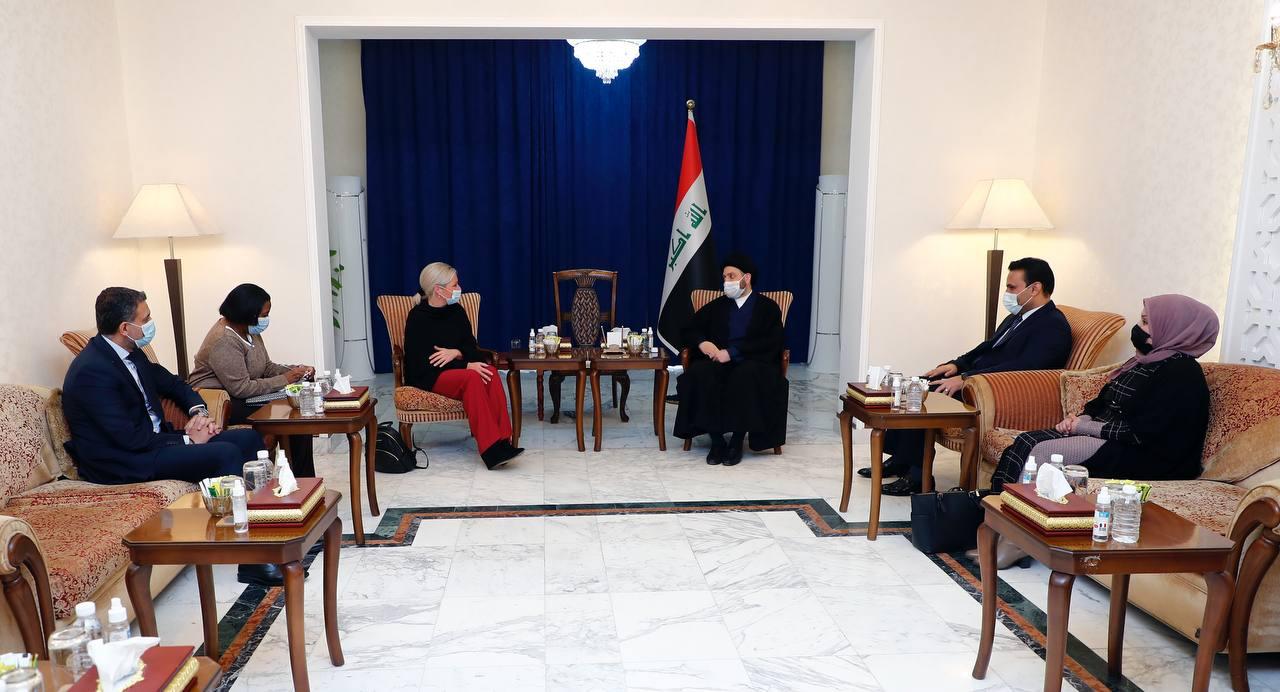 Shafaq News / the leader of the “Iraqioon” coalition Ammar al-Hakim expressed on Tuesday, his support for international observation of the upcoming elections.

A statement by his office said Al-Hakim discussed today in his meeting with the UN representative in Iraq, Jeanine Plasschaert the challenges facing Iraq, the upcoming elections, and the UN’s role in supporting the Country.

Al-Hakim considered the upcoming elections as “fateful in the history of Iraq” bearing the political forces responsibility for resolving election-related laws, such as the Federal Court law.

On the international observation, he confirmed “it is necessary” but without interfering in the executive procedures and violating the sovereignty of Iraq.

Al-Hakim expressed “his happiness” for October demonstrations forces to be an effective part of the Iraqi political scene.