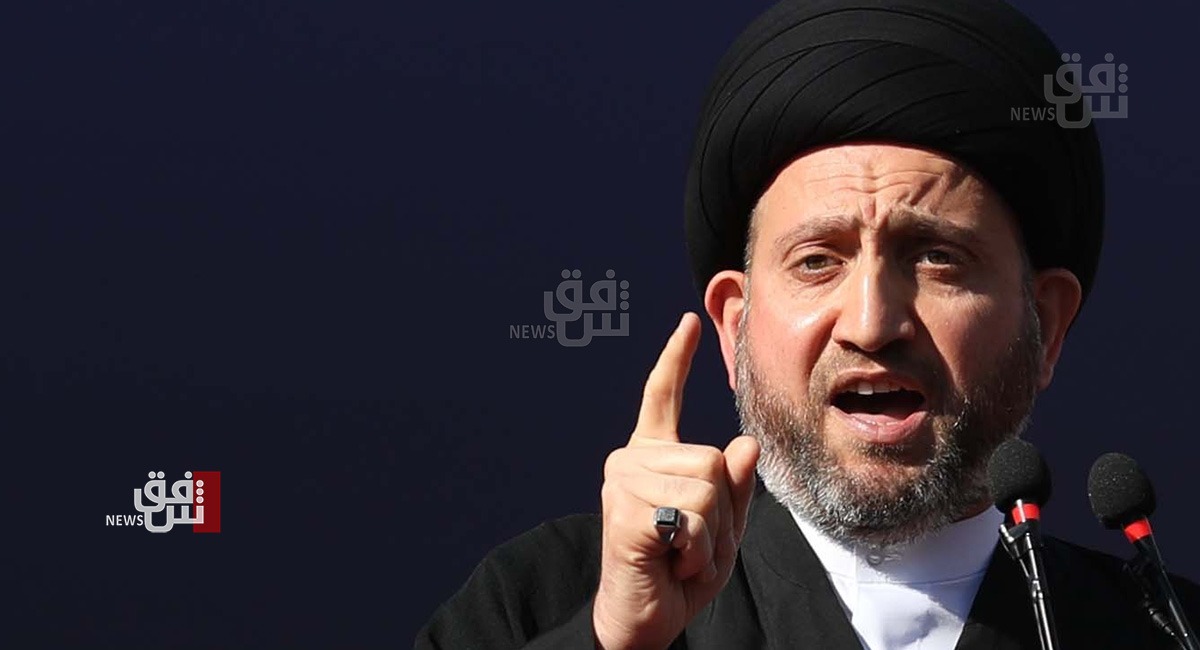 Shafaq News/ The leader of the National State Forces Alliance, Ammar al-Hakim, called on the political forces to sign the "strategic building" document for the sake of Iraq.

In the Eid al-Fitr sermon, Al-Hakim said that the process of "political breaking" does not serve a party, does not build a country, does not achieve any goal, and it would complicate the situation more."

He added that "waiting for solutions from abroad or continuing with the boycott represents a danger that will have serious consequences for democracy and the principles of the constitution and the law and the path of building the state and its institutions."

"We must denounce any infringement of the constitution, and we must stop all things that are not in people's interests, livelihoods, and services due to the delay in forming the government," Al-Hakim said.

"The country is going through a sensitive political situation; it needs a realistic and quick solution to move us from the deadlock...This political shortcoming indicates that there is a structural problem in the political system."

The Prominent Shiite clerk renewed his call "for forming a government formed by the largest component to find "a balanced and reassuring environment for a strong government that can achieve the desires of our people for a free and dignified life."

Al-Hakim called on all political forces in parliament who "chosen to participate in the next government or the opposition, to issue "the document for the country's strategic construction " and involve governmental and civil institutions in drafting this document."

This document includes periods for the government, as "Iraq is on the verge of severe environmental and economic crises if we do not stop the repercussions of the current deadlock."