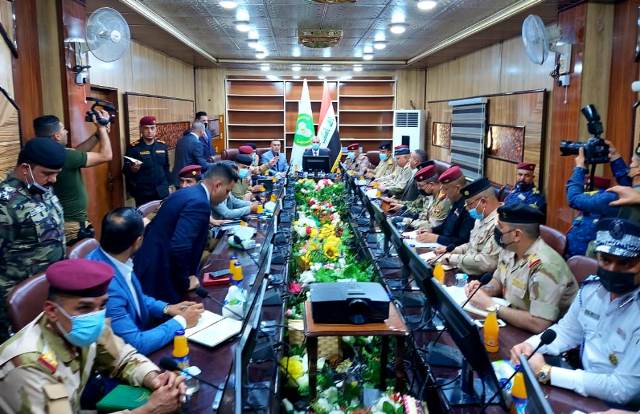 Shafaq News/ The Iraqi Minister of Interior, Othman al-Ghanmi, reportedly ordered deploying security enhancements in the governorate of Basra in the far south of Iraq.

A security source in the governorate said that al-Ghanmi ordered transferring a force from the Special Forces to Basra.

"The deployed force will be in charge of protecting the Grand Al-Faw port and disengage armed tribal conflicts," the source added.

Al-Ghanimi and Al-Shammari held a meeting with the security leaders in the governorate to review updates on the security situation there.

The meetings touched upon the preparations for the elections, drugs, and tribal conflicts.