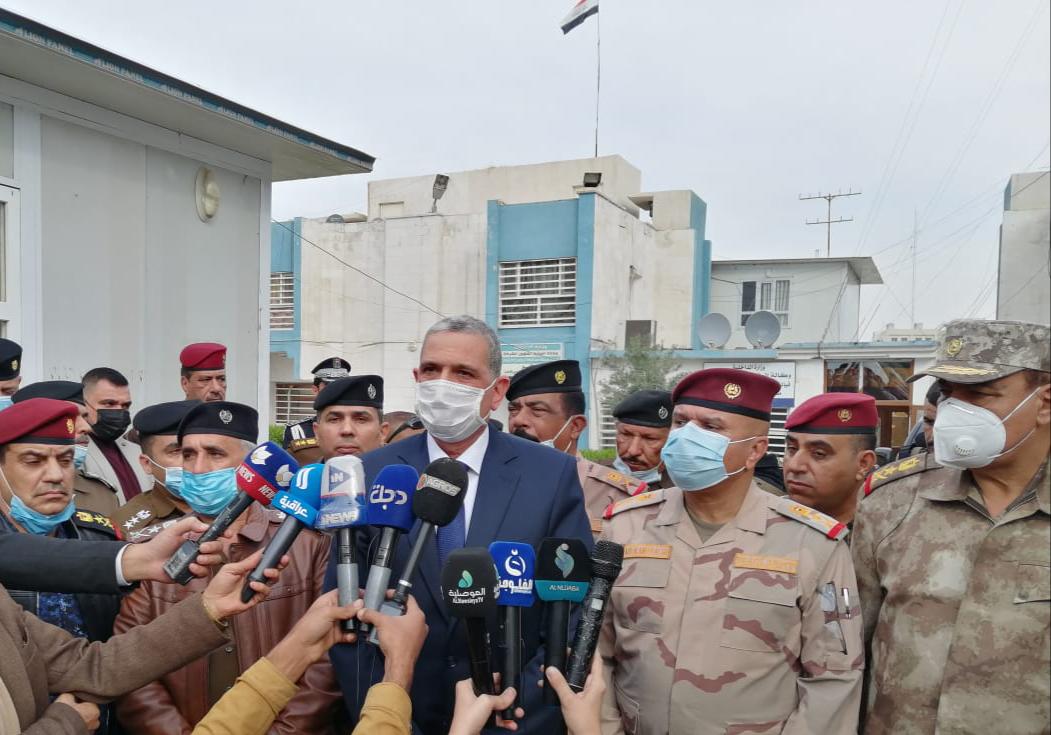 Shafaq News / The Minister of Interior, Othman Al-Ghanimi, issued today, Sunday, a directive to increase the count of security forces in Sinjar district to enhance the security presence in the disputed district under the framework of the recent agreement between the federal government and the Kurdistan Regional Government.

Al-Ghanimi visited the district center today to monitor the ongoing preparations for the repatriation of the families displaced to Sinjar, according to the government plan aiming to end the issue of displacement and close the displacement camps in Iraq at the end of this year.

The minister said in a press conference held at Nineveh Governorate Police Command and attended by the Shafaq News Agency correspondent that he issued a directive to increase the combat and administrative power in the district police stations, redeploy the official security forces in the district, and open the traffic, rescue, and crime offices.

As for the Sinjar agreement, Al-Ghanimi said, "the agreement has entered into force, and work on it is proceeding naturally. The situation is good so far."

He added that he had directed all the important joints to abide by the provisions of the agreement in order to establish security in the district in preparation for the return of the displaced citizens.

On Friday (October 9), Baghdad and Erbil announced reaching an agreement to normalize the situation in Sinjar. According to the agreement, the two sides will jointly run the administration, security, and services.

As for his visit to Mosul, the Minister of Interior said that he held a security meeting with the security leaders in the governorate in Nineveh Police Headquarters. In the meeting, the minister stressed the importance of mainting the "victory outcomes" and controlling the situation in preparation for the upcoming elections.

Al-Ghanimi stressed that he recommended that the security forces not intervene in political issues, distance themselves from the political scene, and focus their efforts on the organized crimes, especially economic crimes.