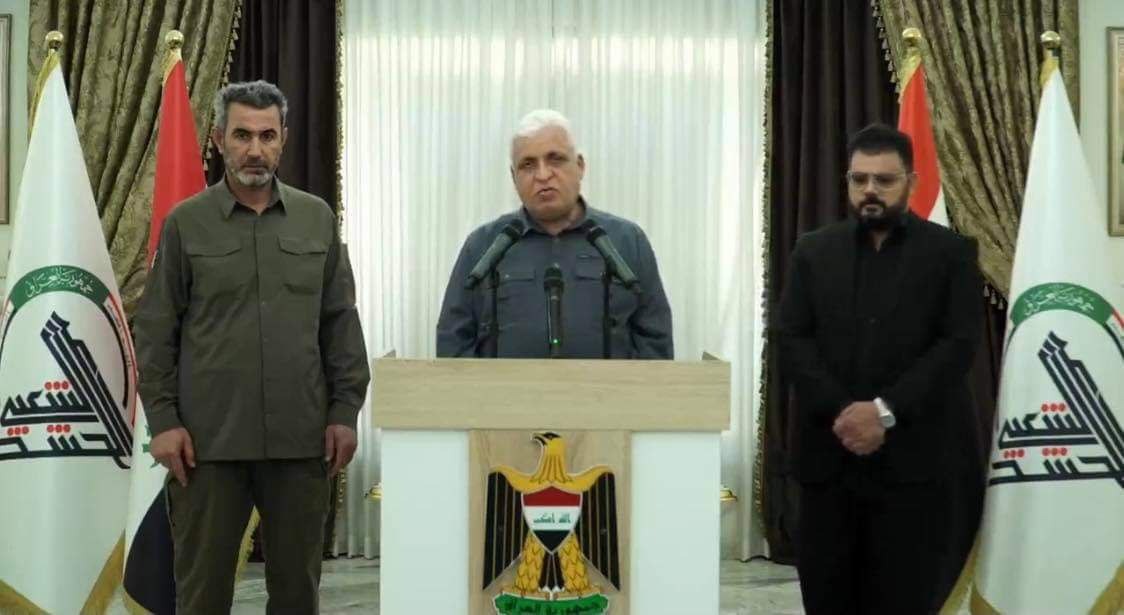 Shafaq News/ The head of al-Hashd al-Shaabi, Faleh al-Fayyad, confirmed that 30,000 PMF members whose contracts were canceled have been returned to service, accusing the council of Representatives of not allocating any funds for this group in the 2021 budget for political reasons.

"We obtained approval to return 30,000 members whose contracts have been canceled within the allocations of the PMF," Al-Fayyad said in a press conference.

He added, "Parliament did not allocate any money to those whose contracts were revoked for political reasons", noting, "the priority will be for the wounded whose contracts have been invalidated, and we will start forming committees to re-approve their contracts."

Al-Fayyad expressed hoped that the government will be able to solve the problem of those whose contracts have been terminated.

MP of al-Fatah alliance, Ahmed Al-Asadi, had announced earlier today the Ministry of Finance's approval to return 30,000 PMF members of those whose contracts had been canceled.

For its part, the Ministry of Finance called in an official letter addressed to al-Hashd al-Shaabi to transfer more than 42 billion dinars from the PMF's budget, to secure the salaries of those who were returned to service.