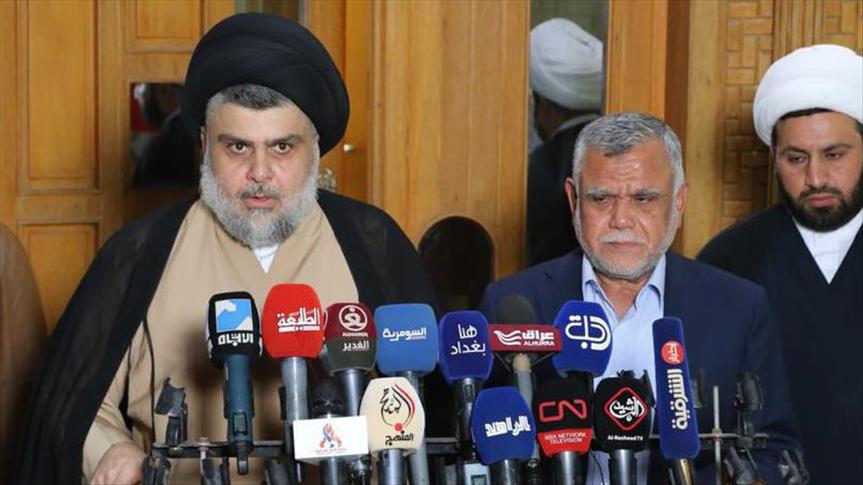 Shafaq News/ Al-Fateh Alliance, led by Hadi al-Amiri, said that the largest bloc in the Iraqi Parliament would be formed through the upcoming meeting of the Shiite coordination framework, with the leader of the Sadrist movement Muqtada al-Sadr in the Iraqi capital, Baghdad.

The leader in the Alliance, Hamid al-Moussawi, told Shafaq News Agency that the largest bloc would be formed from the house of the the "Sheikh of the Mujahideen (the leader of the resistance)" Hadi al-Amiri in Baghdad after preparing for an important meeting between the leader of the Sadrist movement Muqtada Al-Sadr with the forces of the Coordination Framework.

He added, "Shiite political forces have been working to gather the Shi'ite house and get out of this crisis with minimal losses and end the specter of internal Shi'ite war that the enemies of Shi'ites and Iraq are betting on."

Al-Moussawi added, "Today's meeting between the leader of the Sadrist movement and the forces of the Framework ends all dreams that betting on Shiite-Shiite fighting."

The leader of the Sadrist Movement, Muqtada al-Sadr, is scheduled to meet with the Shiite Coordination Framework objecting to the election results at the house of the head of the Al-Fateh Alliance Hadi al-Amiri, today.

A political source told Shafaq News Agency, "The meeting will be held in Baghdad, and the State of Law coalition leader, Nuri al-Maliki, will attend the meeting."

"The political forces will meet at a banquet to reconcile Al-Sadr with other Shiite forces, and it is hoped that the two parties will shake hands and take photos together." The source added.

The results were broadly in line with preliminary figures released days after the Oct. 10 election and unlikely to alter calculations much as politicians negotiate on the makeup of a new government. Pro-Iran groups who performed poorly have refused to accept the results.

The Commission said that turnout reached 44%, revised up from the 43% preliminary figure but still lower than in the last election in 2018.

The Commission said that more than 9.6 million people cast their ballots in the Oct. 10 vote, where at least 167 parties and more than 3,200 candidates competed for the Parliament's 329 seats.