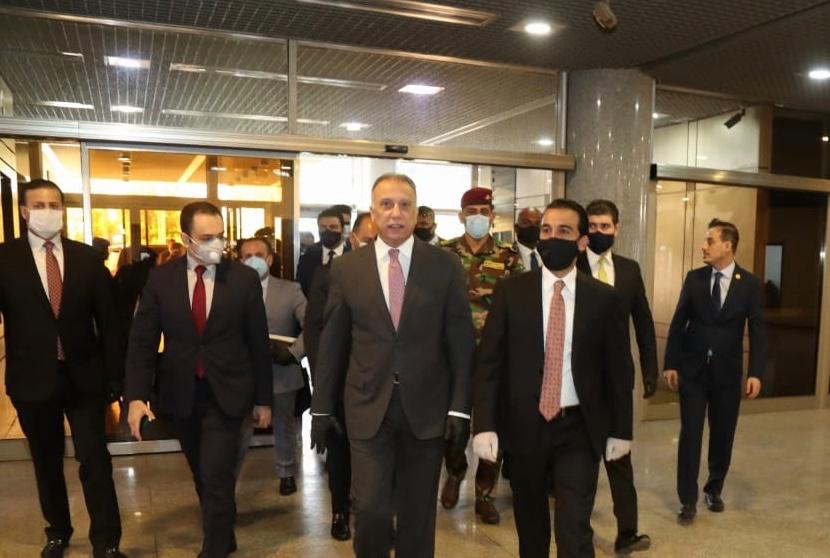 Shafaq News / Al-Fatah coalition's parliamentary bloc revealed on Saturday that it had accepted the "bitterness" of Mustafa al-Kadhimi's rule.

MP of the bloc, Hamid Al-Moussawi, told Shafaq News Agency, "The time is not appropriate to make any change in the three presidencies," adding, "We bitterly accepted Al-Kadhimi's presidency of the council of ministers and his formation of the legislative authority, and despite our observations, we will proceed to do our work until the elections are held."

Al-Moussawi said, "there are international parties that do not want to stabilize the country's security, economy, and political process, to prevent holding the parliamentary elections on time."

Al-Kadhimi to embark on a European tour soon