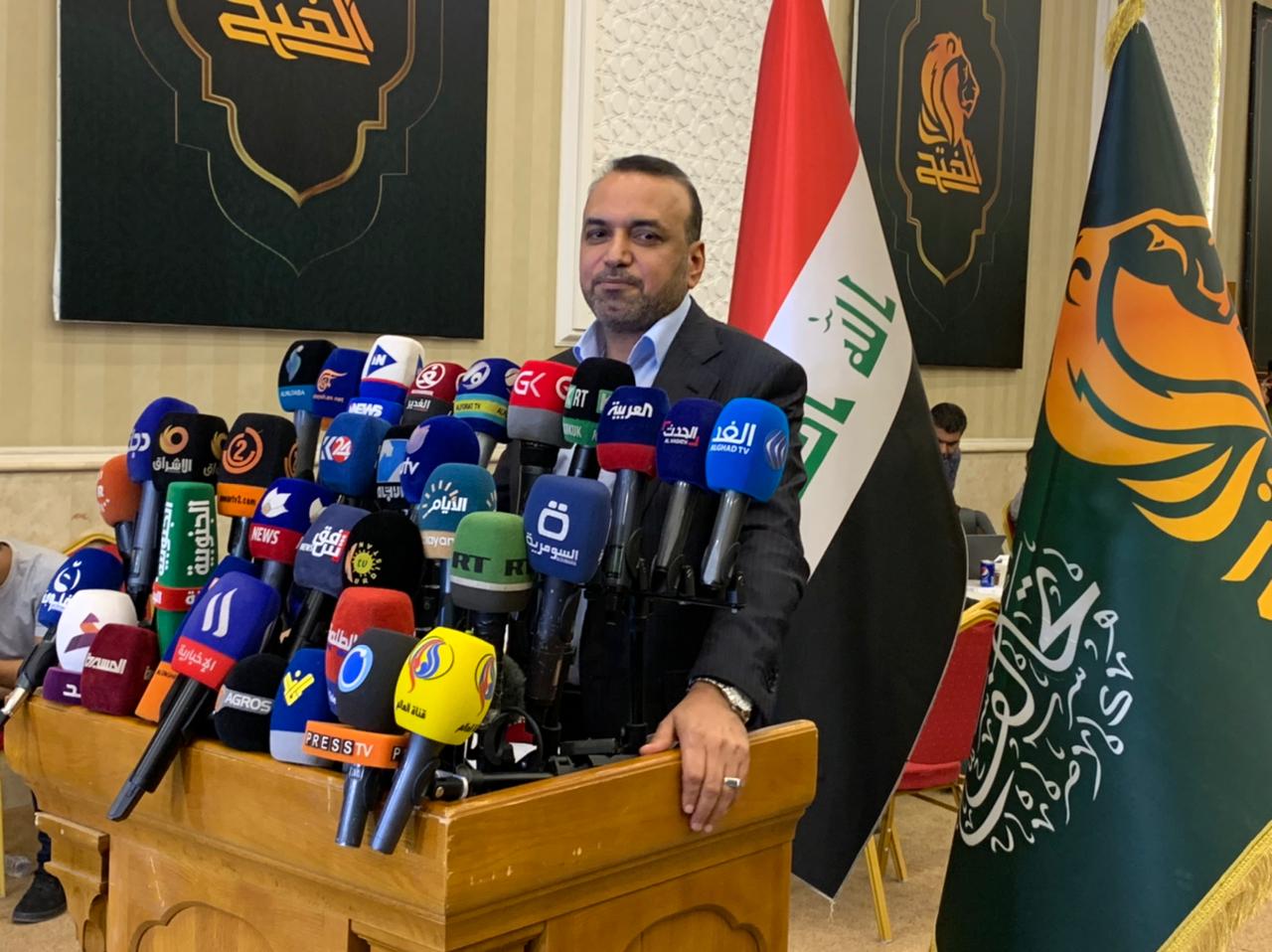 Shafaq News/ Leader of al-Fatah Alliance, Ahmed al-Asadi, on Tuesday evening reiterated his party's position from the election results announced by the Independent High Electoral Commission (IHEC) on Monday, hinting at the possibility of forming a coalition with the Sadrist.

In a press conference held earlier today, al-Asadi said that IHEC's insistence upon the results it announced means that it ignored 20% of the polls.

"Al-Fateh Alliance and other political blocs have records that confirm the number of votes they secured."

"The electoral process was successful in terms of security. We thank the security forces and the Iraqi masses who participated in the elections," he noted, "some of the masses were unable to vote due to the complications and measures on the day of voting."

"Determining the political coalitions that will form the next government is too early," he added, "We stand one stay away from all the political blocs."

"The masses that came out and voted for us, we tell them that we will not abandon you, and we will certainly defend you. Al-Fateh leadership has one position. We will not hesitate or retreat. We will defend the ballots of the voters."