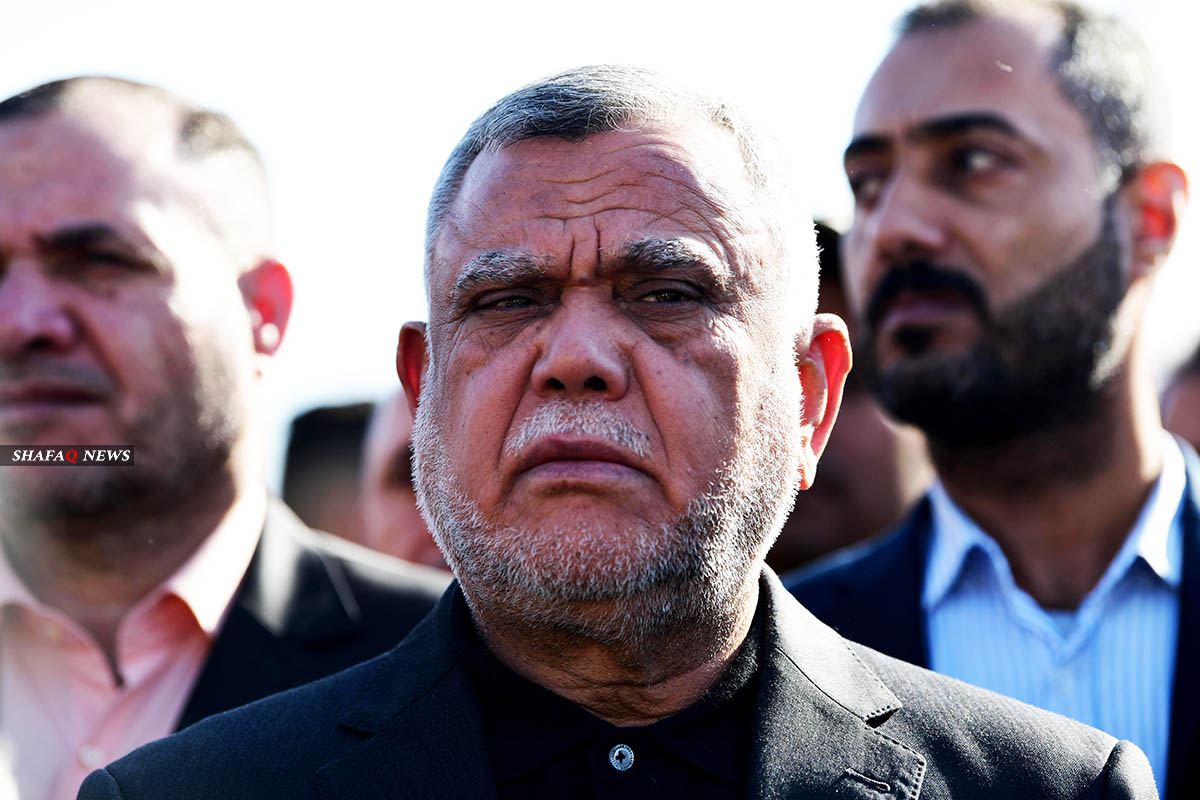 Shafaq News/ The head of al-Fatah alliance, Hadi al-Ameri, said that only a "third party" benefits from the assassination attempt that targeted the Iraqi Prime Minister, Mustafa al-Kadhimi, earlier on Sunday.

In a press release issued earlier today, Sunday, al-Ameri called on the security forces to investigate the circumstances of the attack and reveal the perpetrators as soon as possible.

Al-Ameri warned that a "third party" has executed the drone attack on the Prime Minister's office.

A source told Shafaq News Agency earlier that the residence of the Iraqi Premier was targeted by a rocket.