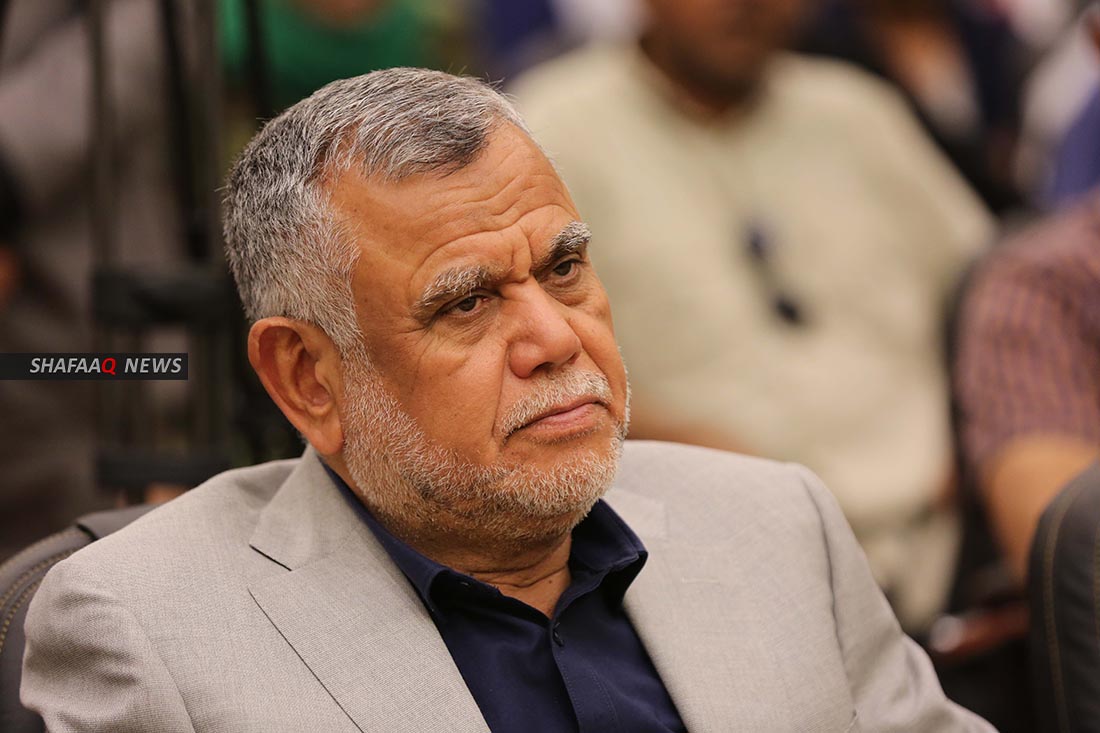 Shafaq News / The head of Al-Fatah Alliance, Hadi Al-Amiri, distanced himself from the changes made by Prime Minister Mustafa Kadhimi, which affected high-ranking positions in the state.

Al-Amiri considered that if the appointment of the leader of Al-Fatah and Al-Hashd Al-Shaabi Forces, Sami Al-Masoudi, to head the Hajj and Umrah Authority was a "Courtesy" from Al-Kadhimi, then Al-Masoudi is greater than this matter.

Al-Amiri said in a statement received by Shafaq News, "the special grades that were launched today and considered a return to the quota system, Al-Fatah Alliance declares its innocence from it and that it has no knowledge of it".

He added, "As for Brother Sheikh Sami Al-Masoudi, he was appointed by the former prime Minister in act. If the current prime minister wants to pay courtesy to Al-Fatah with this appointment, then Al-Masoudi is greater than this matter".

He continued, "Al-Fatah Alliance has declared repeatedly from the beginning that all it wanted from this government was two things: the first was to schedule the withdrawal of US forces as soon as possible, and the second to restore the prestige of the state and create the appropriate climates for free, just and fair elections away from the influence of money and arms".

Earlier Monday, an informed source told Shafaq News agency that Al-Kadhimi had made changes to high-ranking positions in the state, as Mustafa Ghaleb Makhaif Al-Kitab was appointed as governor of the Central Bank, Suha Dawood Elias Al-Najjar as head of the National Investment Commission, Salem Jawad Abdul Hadi Al-Chalabi as Director of the Iraqi Governmental Trade Bank (TBI) and Faisal Al-Haims as Chairman of the Securities Commission.

The changes also included the appointment of Engineer Manhal Aziz Raouf Al-Haboubi as Secretary of Baghdad, Sheikh Sami Al-Masoudi as head of the Hajj and Umrah Authority and Alaa Jawad Hamid as head of the Integrity Commission.

Since the formation of the Al-Kadhimi government last May, it has made sweeping changes at the level of state officials, especially security leaders and administrative officials.

A new Iranian-Saudi round of talks in Baghdad

Ahl Al-Kahf follows the secured calls between Iraq and KSA