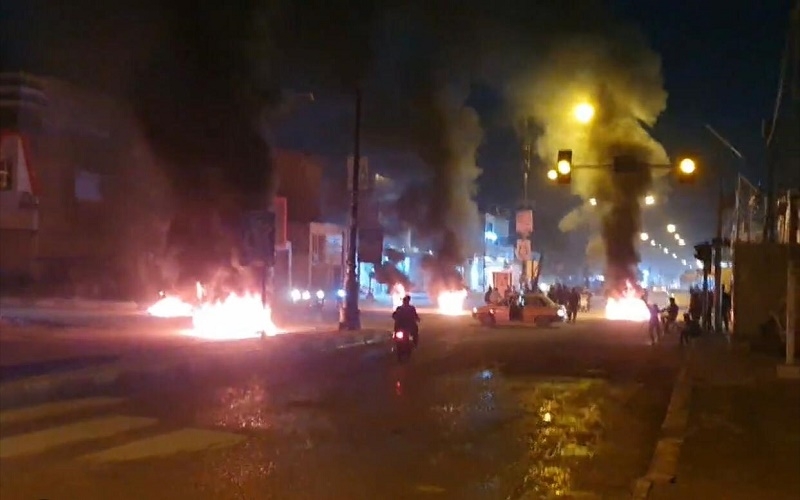 Shafaq News / Dozens of people angry about the death and injury of their colleagues in Nasiriya blocked on Saturday a main street in the city of Al-Diwaniyah.

A security source told Shafaq News Agency, "Dozens of demonstrators blocked Al-Hakim Street in the center of Al-Diwaniyah with burning tires, in solidarity with the demonstrators of Nasiriya."

In the same context, tens of Baghdad residents demonstrated in solidarity with the Nasiriya protesters.

A source told Shafaq News Agency, "Dozens of people demonstrated in Aden Square, north of the capital, Baghdad against killing demonstrators in Dhi Qar, when security forces intervene to disperse them."

The governorates of Karbala, Babel and Wasit also stand in solidarity with Nasiriya’s protesters.

The demonstrators are demanding the dismissal of Governor Nazem Al-Waeli.

Demonstrators in al-Diwaniyah call for the governor's dismissal