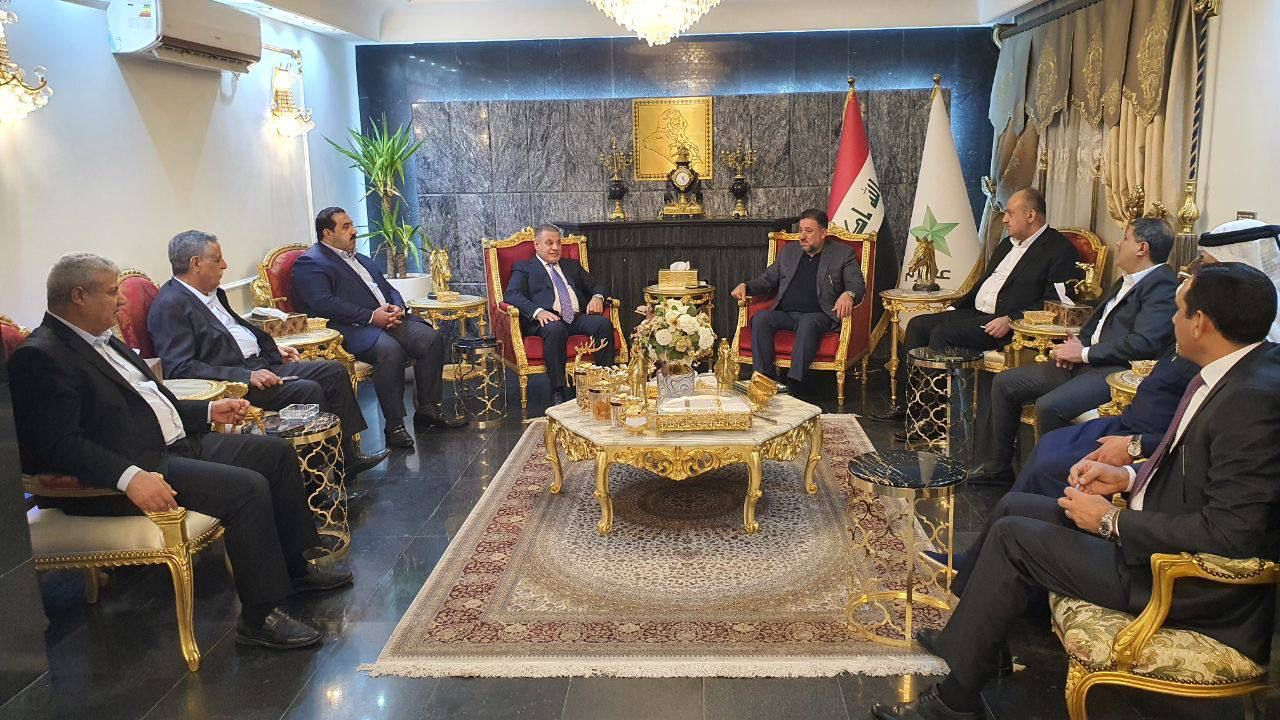 "We highly appreciate the position of our brothers in the National Progress (Takadum) Alliance, headed by Muhammad Rikan Al-Halbousi in reunifying and not listening to all the pressures that are still trying to keep us away from the joint work that serves our people." Al-Khanjar said in a statement.

"We announce our welcome to this historic step and this national spirit." He added.

"Together, we are moving forward to serving Iraq and protecting the rights of our people, with brothers who have made the most remarkable achievements in reconstructing our governorates and serving our people."

Earlier, the Progress Alliance headed by Muhammad Al-Halbousi called the Al-Azm to join it in a "reunion" in the new Parliament.

In a statement, Takadum said, "as the Iraqi Parliament approached its first session, and we believe in the necessity of unifying positions to achieve Iraq's unity and sovereignty…we express our sincere desire to unify political action in our dear governorates."

"We call on Khamis al-Khanjar and the honest people in the Al-Azm Alliance to bear responsibilities in leading the next stage in an all-inclusive alliance with its brothers in the National Progress Alliance."

He added, "We believe that the humanitarian and political stances of Al-Khanjar are a source of pride, hoping that we will work together for the stability of the country and the service of the citizen."

Today, leaked information revealed an attempt to suspend al-Khanjar as the head of Al-Azm due to his alliance with al-Halbousi and choosing him for the presidency of Parliament.

The spokesperson of the Al-Azm, Salah al-Jubouri, denied this news to Shafaq News Agency.

For his part, a source told Shafaq News Agency that the representatives of the Al-Azm held a meeting in al-Khanjar's and confirmed their support for al-Khanjar, and to enter into political negotiations with other blocs to choose the new Speaker of Parliament, the Iraqi president, and the new ministers.