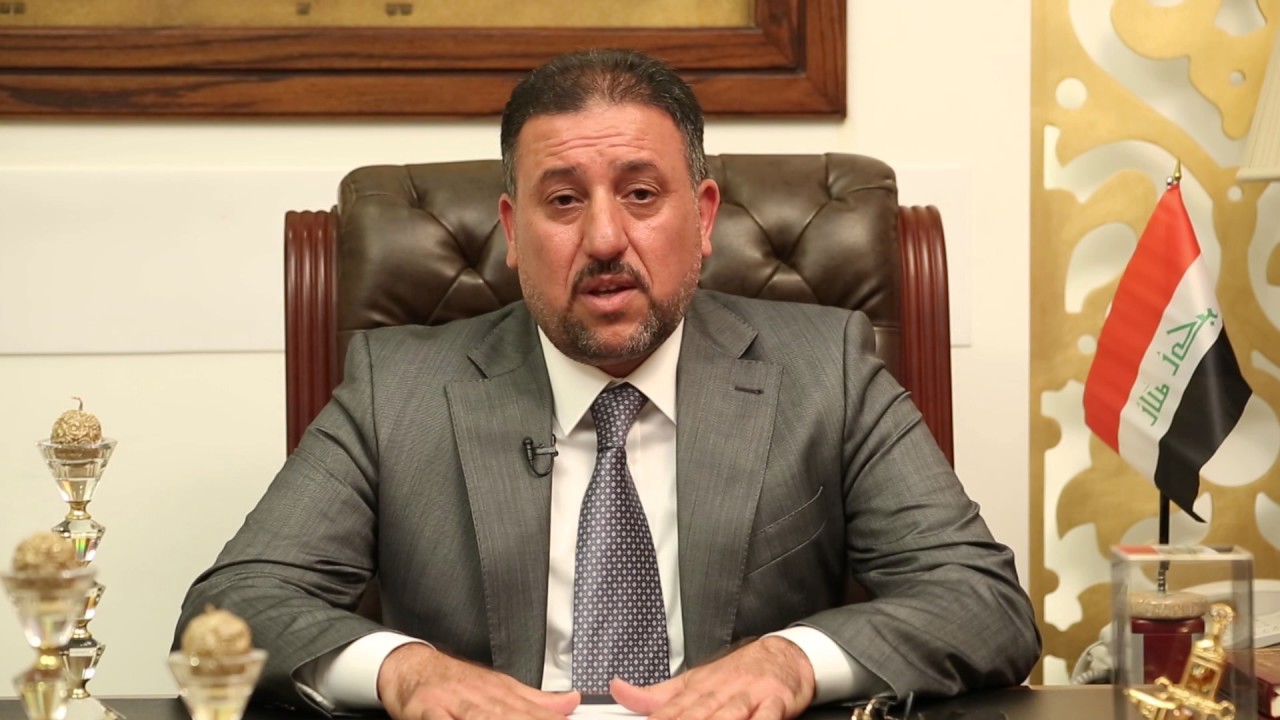 Shafaq News/ On Wednesday, Al-Azm Alliance confirmed its commitment to Khamis al-Khanjar, as the head of the alliance.

In a statement, the Al-Azm praised Khamis al-Khanjar as "the honest man in the face of adversity," adding, "At this sensitive time, we affirmed to our audience that the Al-Azm Alliance is committed to its leader, Khamis al-Khanjar, and is steadfast on his patriotic stances towards its people."

Today, leaked information revealed an attempt to suspend al-Khanjar as the head of Al-Azm due to his alliance with al-Halbousi and choosing him for the presidency of Parliament.

The spokesperson of the Al-Azm, Salah al-Jubouri, denied this news to Shafaq News Agency.

For his part, a source told Shafaq News Agency that the representatives of the Al-Azm held a meeting in al-Khanjar's and confirmed their support for al-Khanjar, and to enter into political negotiations with other blocs to choose the new Speaker of Parliament, the Iraqi president, and the new ministers.

Led by al-Khanjar, Azm and Takaddom form a 67-MP bloc in the Iraqi parliament

Al-Azm: we stand at the same distance from everyone, support entitlement-based governance