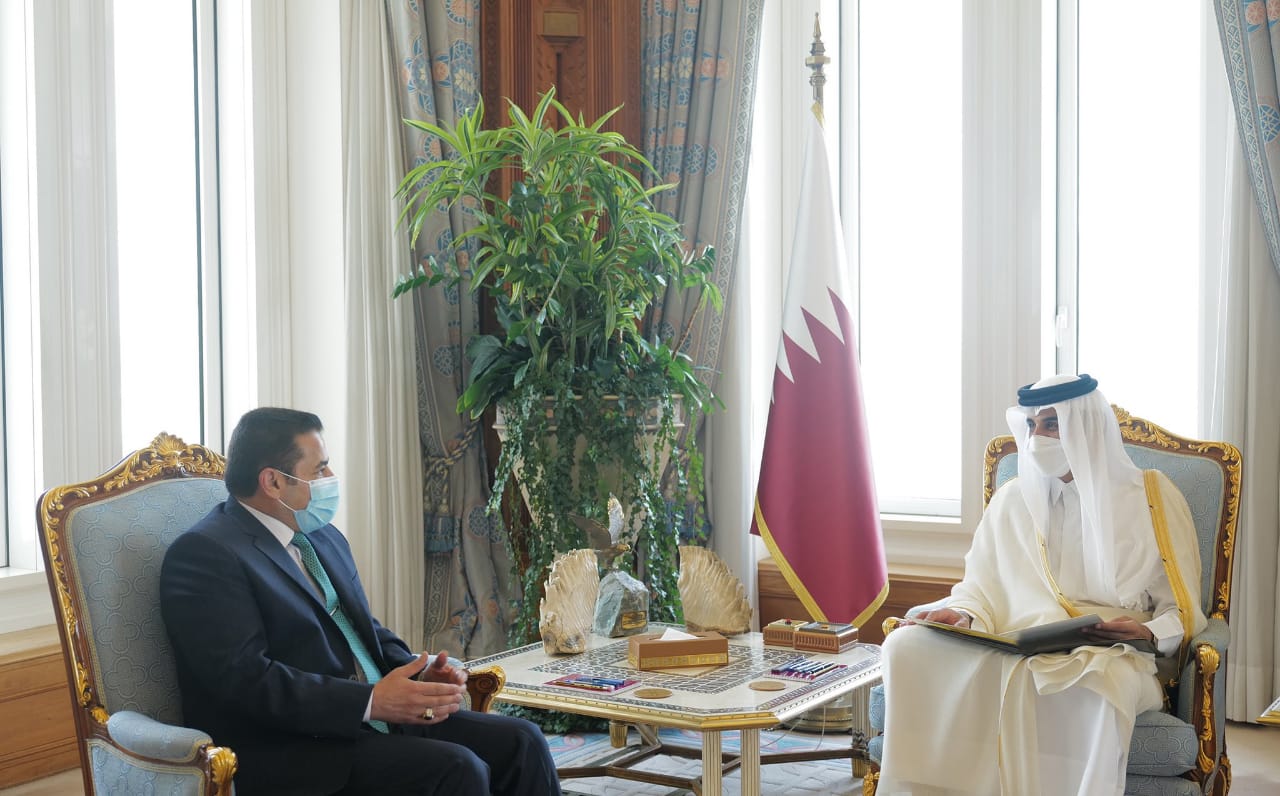 In a meeting,al-Araji discussed with the Emir of Qatar the latest political and security developments.

A statement issued by the National Security Adviser stated that Al Thani affirmed during the meeting his full support for the Baghdad Summit, and his aspiration for its success.

On the sidelines of his visit to Doha, Al-Araji visited the Iraqi embassy and met with its staff, and was briefed on the details of the embassy's work and the services it provides to Iraqis in Qatar, according to the statement.

Emir of Qatar: we declare our support for Iraq