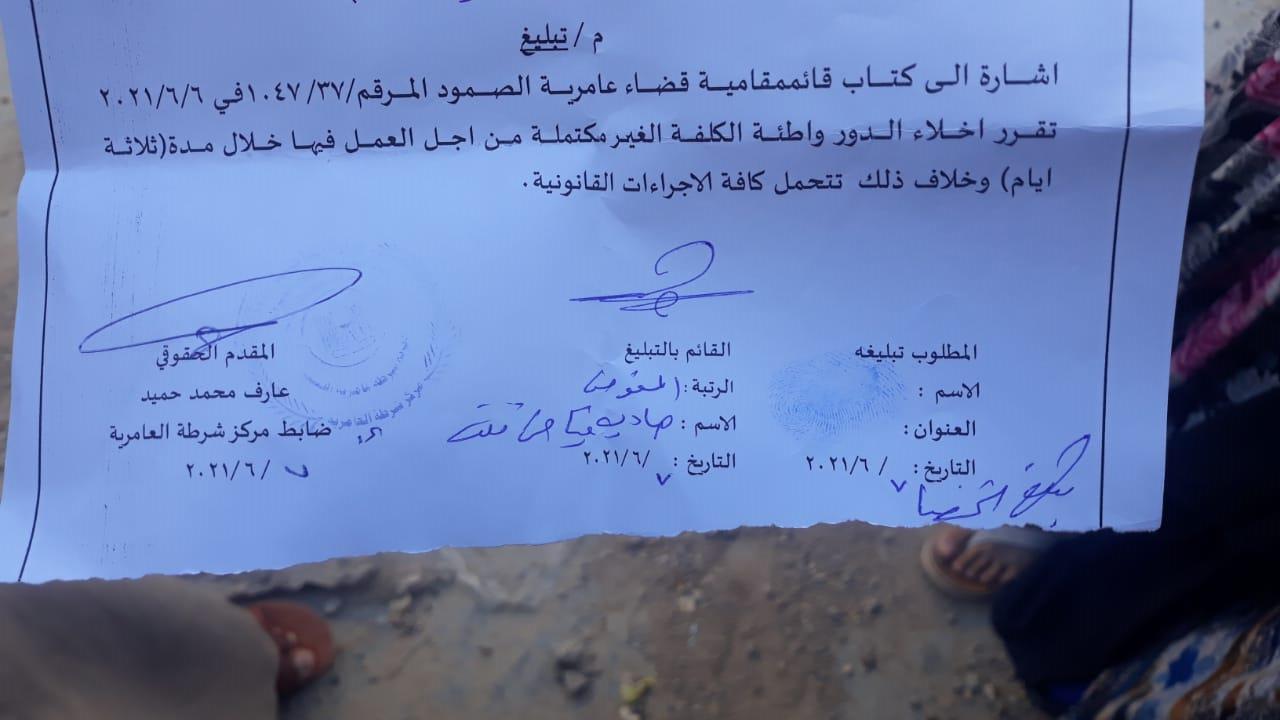 Shafaq News/ Iraqi security sources in al-Anbar revealed that Governor Ali Al-Dulaimi decided to deport the families living in the low-cost residential compounds located in Amiriyat Fallujah (25 km east of Fallujah), who have been displaced from Jurf Al-Sakhr years ago.

A senior official in al-Anbar Police command told Shafaq News Agency that the police received orders to inform 35 families to evict their houses within three days.

"The families do not know where to go, especially after the demolition of all the nearby camps, and their inability to return, as they are residents of Jurf al-Sakhar, which has been controlled by armed factions for years now", the source said, noting that the evacuation order came under the pretext of reconstruction.

The Immigration Department in al-Anbar has not commented on the decision so far, but local activists in the Governorate described the decision as "inhumane", as the majority of these families consist of women and children only and they do not have an alternative place or financial possibility to find another place within three days only.