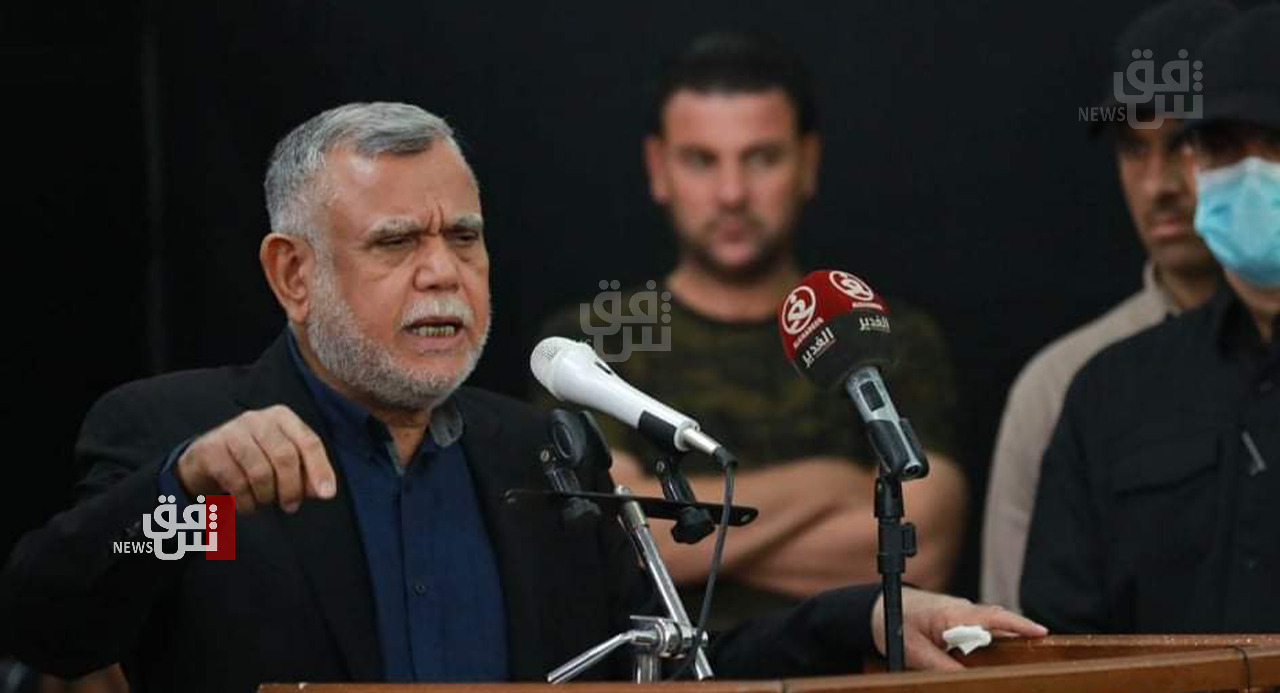 Shafaq News/ The head of Al-Fatah coalition, Hadi Al-Amiri, commented on the massacre committed by ISIS in Al-Rashad village.

Al-Amiri said in a speech during his visit with a large security delegation to Al-Rashad, "We have come to hear from you and your demands."

"Let us think together to find a way out so that these events do not recur," he added.

Earlier today, a security and military delegation arrived in Diyala today to follow up on the security situation in the governorate.

"The delegation held a meeting with officials and security leaders in Diyala regarding the bloody attack that targeted the villages of Al-Rashad and Nahr Al-Imam, south of al-Miqdadiyah, 40 km northeast of Baquba", he noted.

After the Americans leave, there will be no weapons on the street, Al-Amiri says

Al-Amiri: approving the borrowing law will not affect the Kurdish-Shiite relations