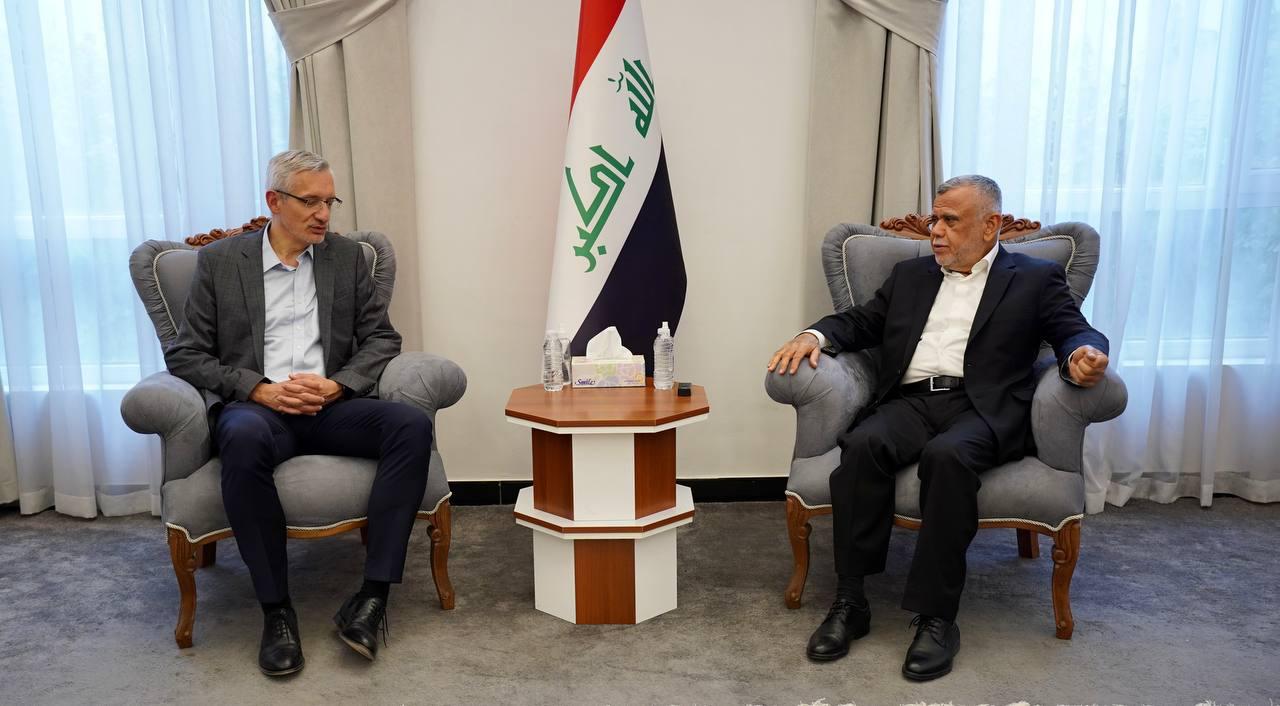 Shafaq News/ The head of al-Fatah bloc, Hadi al-Ameri, on Sunday said that the Coordination Framework "did not and will not" give up on the "largest bloc" to preserve the rights of the Shiite community.

Al-Ameri's remarks came during a meeting he held with the German ambassador to Iraq, Martin Jaeger, earlier today in Baghdad.

The leading figure of the Coordination Framework said that political stability is imperative to the formation of a "strong and stable" government that provides security and services to the people.

"Germany will not intervene in the Iraqi affairs as it did before," Jaeger said according to the statement, "we will cooperate with any government that the Iraqis form."

Al-Ameri on the Green Zone and al-Takaddom headquarters attacks: Unjustifiable

Al-Ameri: we will resist the conspiracies to dissolve the PMF

Al-Ameri: Saturday's crime against the demonstrators will not go unpunished