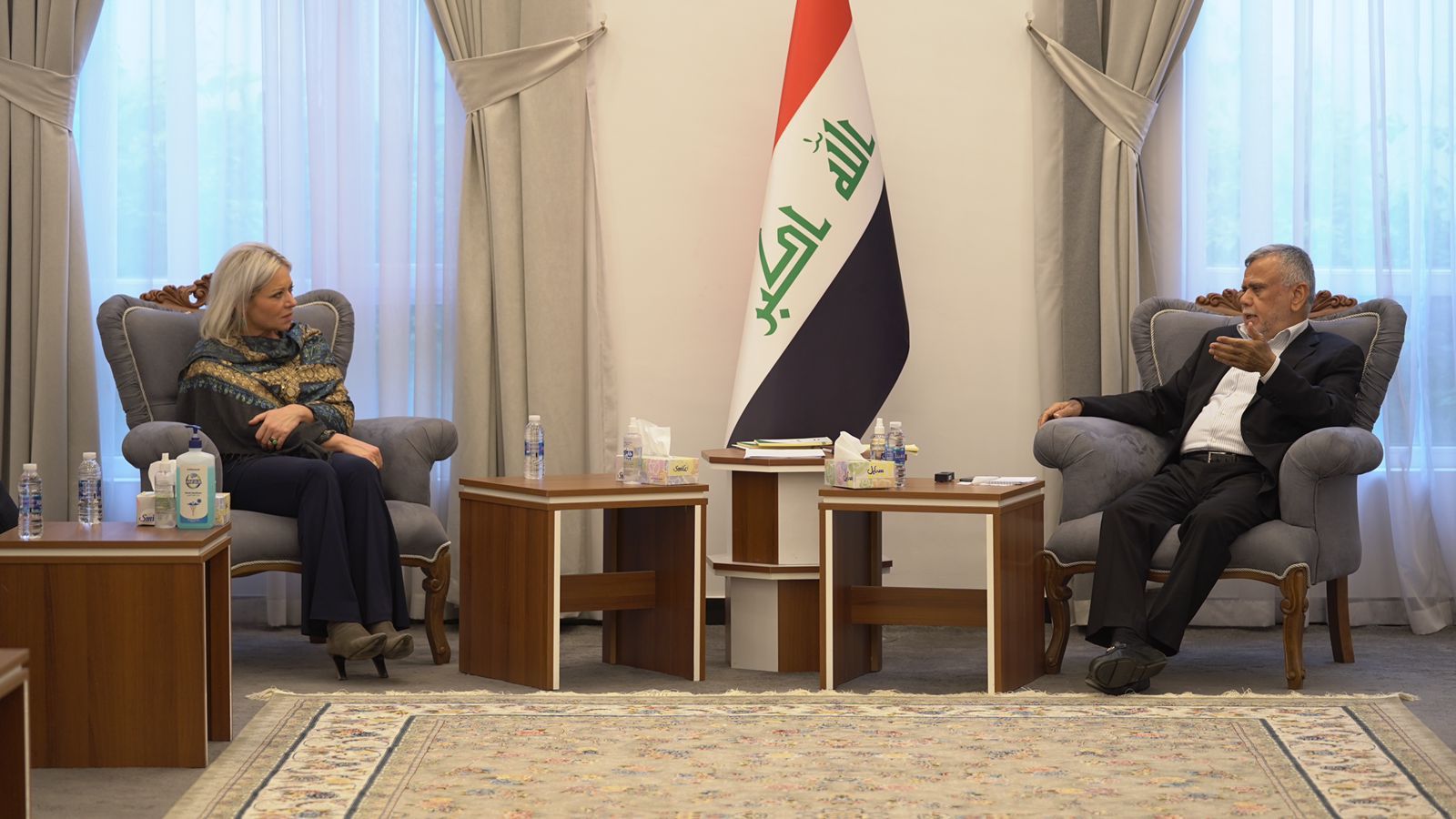 Shafaq News/ The leader of the Al-Fateh Coalition, Hadi Al-Ameri, met on Thursday with the United Nations Secretary-General for Iraq, Jeanine Hennis-Plasschaert, in Baghdad's capital.

"Met today with Fateh Coalition Chairman Hadi Al-Ameri, expressed hope that IHEC and EJP give full consideration to all appeals independently + urged all parties to find serious political solutions and form an inclusive government that meets the expectations of the Iraqi people," UNAMI quoted the UN envoy as saying.

On Wednesday, Al-Ameri received the new ambassador of the European Union in Iraq, Phil Variola, and

confirmed that the confidence in the UNAMI mission "has begun to be shaken."

"The concern for the democratic path is the main reason for our demands for fair elections and a peaceful transfer of power. Unfortunately, these elections are the worst since 2003, and proceeding with the fraudulent results in this way is an undermining of the democratic process in Iraq," Al-Amiri said during the meeting.

He added, "We have great cooperation and a good relationship with UNAMI, which we believe in its positive role, but our confidence has begun to be shaken due to the violations committed by the current head of the mission, Jeanine Hennis-Plasschaert, who interferes in the elections and their results."

The UN Envoy delivered a briefing at the open video-teleconference of the UN Security Council stressed the necessity of Iraq's solidarity, that the Iraqi authorities managed the early elections professionally, and that there is no evidence of systemic fraud.

Her statement angered the Shiite Coordination Framework that delivered Hennis-Plasschaert all the evidence about elections fraud, as they said.