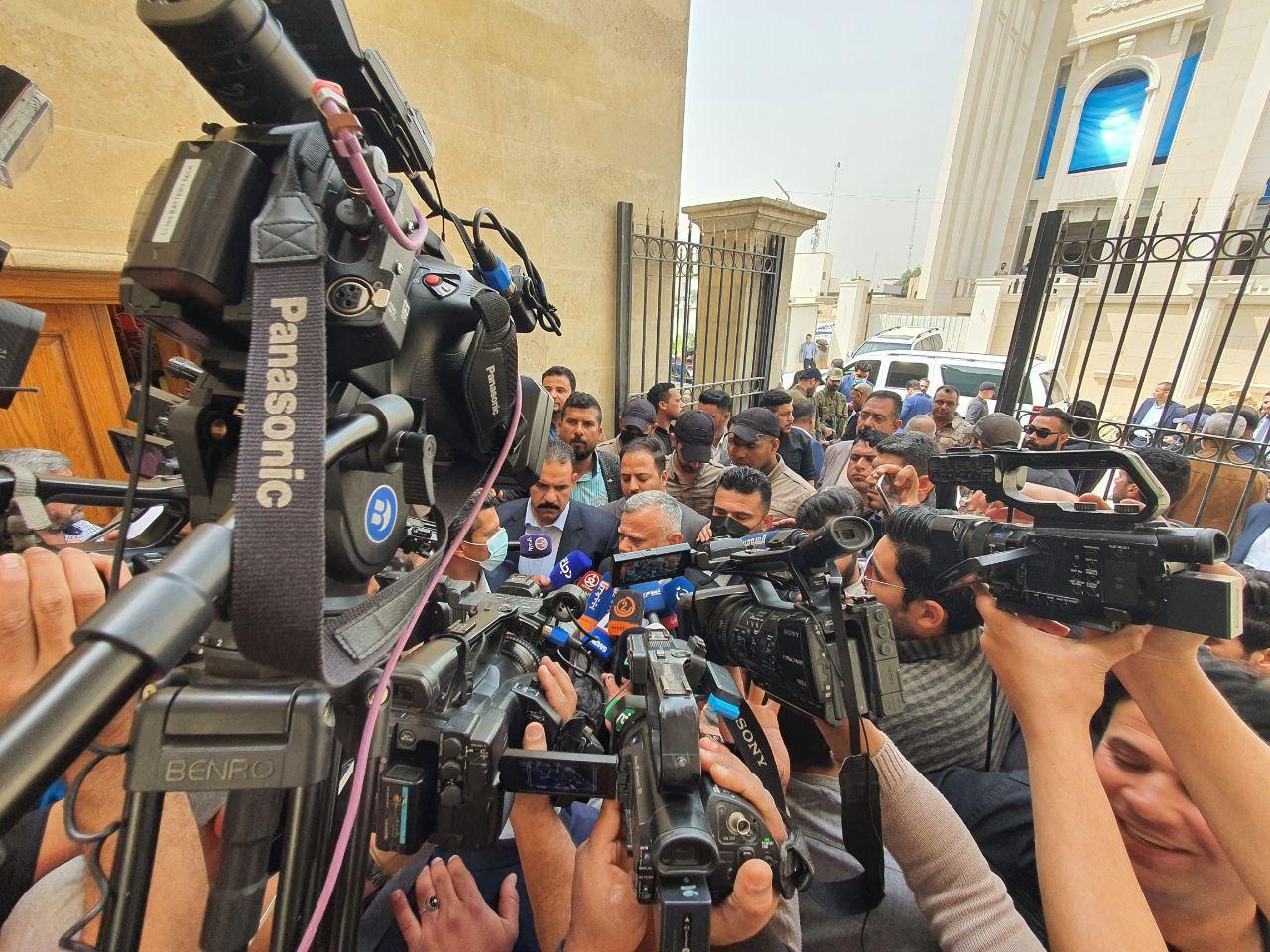 Shafaq News/ The leader of al-Fatah bloc, Hadi al-Ameri, on Wednesday said that "excluding other parties" undermines the security of Iraq, calling for a dialogue with the trilateral coalition.

Speaking to the press after a meeting at his bureau with other forces boycotting the presidential election called for today, al-Ameri said, "we believe that breaking wills and excluding other parties would not lead to Iraq's stability."

"Our message to the political forces, particularly the trilateral coalition: our hearts are open for a solution to overcome the political deadlock," he added.

Last Saturday, Iraqi lawmakers failed again to elect a new president for the country due to a lack of quorum in parliament, keeping the country mired in political paralysis.

A lack of a quorum, set by the Federal Supreme Court at two-thirds of the house's 329 members, held up the vote for the second time since February, deepening war-scarred Iraq's political uncertainty.

Only 202 lawmakers showed up for the latest vote and a new session had to be scheduled for Wednesday. The postponement exacerbates Iraq's political problems because it is the task of the president to formally name a prime minister, who must be backed by an absolute majority in parliament.

A session is set to be held today, Wednesday, to hold the election of the new president.

Al-Ameri: We will not give up on the Shiite component's right

Al-Ameri: the UK intervenes in the Iraqi affairs